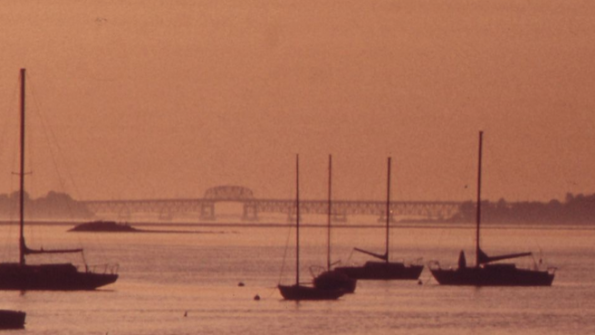 The final sections of the decaying bridge were taken down last week.

The bridge, which opened in 1951, was closed abruptly last fall by the Mayor’s office over concerns about its condition, according to The Boston Globe. The demolition process started in February.

The 3,450-foot-long bridge connected Long Island to Moon Island in Boston harbor. The closure was controversial, as it cut off the city’s largest homeless shelters, according to the CBS Boston television affiliate, WBZ. The shelter’s residents were rushed from the island with little warning.

Critics point out that the city had plenty of time to deal with the failing bridge. Inspection reports as early as 2007 identified corrosion was eating away at large sections of the structure, critically weakening it. In 2010, another inspection found “advanced deterioration including loss of section and corrosion holes,” according to the Boston Globe.

Of course, Boston is not alone with bridges in need of serious repair. Across the country, numerous bridges are deteriorating, some on the verge of total collapse. The most recent infrastructure report card from the American Society of Civil Engineers gave the nation’s bridges a C+, citing Federal Highway Safety Administration estimates that an annual investment of $20.5 billion would be required to make needed repairs by 2028.

Currently, Boston is seeking proposals for new bridge designs to replace the Long Island Bridge. The design is expected to cost $9 million along with a $80+million price tag for the bridge, according to The Boston Globe.