Does constitutional substantive due process protection apply to camera enforcement? 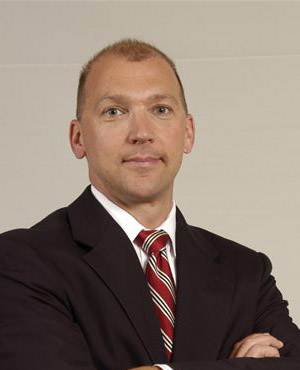 A due process lawsuit, which was filed against a New York county traffic enforcement agency by a plaintiff who had received a violation ticket generated by a red light camera was recently dismissed in its entirety by the Eastern District of the United States District Court.

Over the last few years, municipalities across the country have increasingly utilized camera enforcement of red light, failure to stop, or speeding violations.  Typical arguments raised against these programs in community forums or the media center around a debate of ‘safety versus revenue.’  Those implementing the program point to studies that show a reduction in accidents as the result of increased camera enforcement; while those opposing (who most often are the recipients of a recent ticket) will decry the measure as a push for increased revenue.

Setting aside the safety versus revenue argument, others have claimed that camera enforcement is a violation of constitutional rights and due process. Such was the argument in a United States Eastern District Court case.

The plaintiff, who received a red light camera violation from the Nassau County Traffic and Parking Violations Agency and paid the $65 fine and surcharge without contest, filed suit claiming violation of the Due Process and Equal Protection Clauses of the Fourteenth Amendment, as well as the New York State constitution.

Substantive Due Process protection under the US Constitution has long been interpreted to apply to a narrow band of the most fundamental of human rights – such as marriage, family, procreation, bodily integrity – and courts have consistently resisted attempts to expand the definition of substantive due process.

In dismissing the suit, Justice Arthur D. Spatt concurred with the defendant’s arguments that the plaintiff’s claims did not rise to the level of substantive due process under the federal and state constitutions.

In short, the right to be free from a $65 red light ticket does not fall under those very specific and fundamental rights protected by the U.S. Constitution and substantive due process.

Ticket recipients, such as the one who filed this suit, may also pursue other arguments. Here the suit also included a claim for ‘unjust enrichment,’ based on non-specific, anecdotal allegations that the timing of yellow lights may have been decreased in order to increase the number of violations. This claim was found to be without substantiation, and as it was duplicative of the faulty due process argument, was dismissed.

Also dismissed was the claim for declaratory judgment and an order to enjoin the operation of an expansive red light camera program in Nassau County, a large, suburban county on Long Island with a population of 1.3 million.

It is likely that many motorists who receive a violation from an enforcement camera wonder if their constitutional their rights have been infringed.  To keep these programs in place, municipalities need to be prepared for the inevitable citizen-crusader lawsuit.

Mark Mulholland is a partner at Ruskin Moscou Faltischek, P.C. (Uniondale, N.Y.) and senior member of the practice’s litigation group, with wide experience and success in municipal matters. For more than 45 years, Ruskin Moscou Faltischek, a sixty member professional firm, has built a reputation as one of the region’s leading providers of innovative legal services in all major practice areas of the law, including corporate and securities, financial services, commercial litigation, digital media, energy, intellectual property, health care, real estate, employment and trusts and estates.