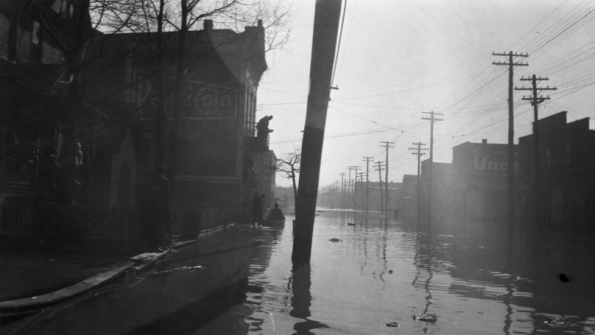 Floodwaters have once again begun to rise in downtown Chattanooga, Tenn., closing roads, shutting down schools and damaging property. Flooding has been a common problem for the city – a problem recently explored by a PBS documentary.

Flooding has always been issue for the city, which saw 70 such events between 1987 the early 1900s, when city officials decided something had to be done. The Times Free Press reports at that time a massive effort was begun to raise four of the city’s main thoroughfares anywhere from 3 to 15 feet. At the project’s conclusion, over 40 blocks of Chattanooga were lifted about one story.

Left behind, however, were first floors that became basements and basements that became caves. A new documentary, produced by Chattanooga’s PBS station WTCI, explores the subterranean history of the city, a history most residents aren’t even aware is under their feet.

Titled Underground Revealed, the documentary looks into the lost layer of Chattanooga’s downtown: How it came to be, how it might be protected and how it makes the city unique. Watch the 10-minute film below.