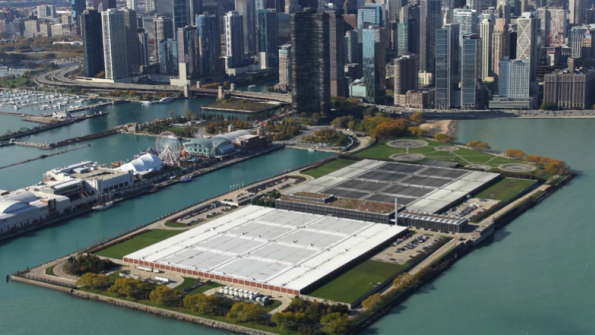 Governments are major users of precast concrete forms in infrastructure building and maintenance. Researchers from the Freedonia Group predict that the value of U.S. demand for these products will grow from $1.76 billion in 2013 to $2.01 billion in 2018 to $2.26 billion in 2023.

As noted in the GPN 2015 Keating Report, infrastructure construction activity is growing. The value of public works construction will rise by 5 percent from $113.4 billion in 2014 to $118.8 billion in 2015, predicts the “2015 Dodge Construction Outlook” from Dodge Data & Analytics.

In the recently issued “Precast Concrete Products, Industry Study 3244,” Freedonia analysts say that growth in transportation stock will be enhanced as “state and local governments invest in projects that reduce highway congestion, such as the addition of bicycle lanes and mass transit projects.” Freedonia predicts the value of transportation infrastructure (construction stock) will rise from $3.88 trillion in 2013 to $3.94 trillion in 2018 in constant dollars.

Go here for more information on Freedonia research and the firm’s studies, including study number 3244.

Precast concrete played a key role in the recent re-roofing of Chicago’s James W. Jardine Water Filtration Plant. Sixty-six types and sizes of precast concrete roof channels weighing between 225 and 500 pounds were hoisted to the roof for the project. A total of 30,000 precast roof channels were installed. The roof area covers 10.3 acres. A total of 1,086 rolls of Flex FB Elvaloy KEE 90 mil membrane was installed in hot asphalt. The roofing system covers 448,000 square feet. It took two years to demolish the 50-year-old graveled coal tar pitch roof that had been on top of the plant.