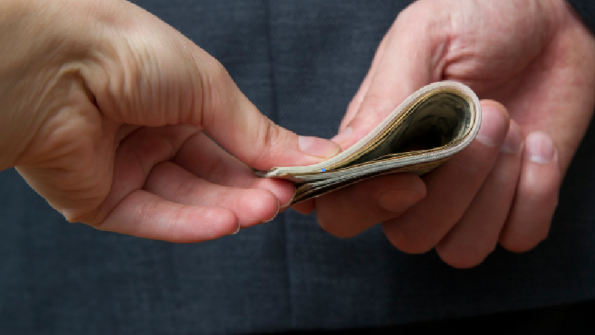 In July 2010, Bell, Calif., was rocked when The Los Angeles Times printed an exposé that revealed city officials were fleecing residents to pay themselves absurdly high salaries. Due to a lack of civic engagement and a de facto policy of silence and secrecy, it seemed a corrupt local government had firmly planted itself in the small, blue-collar city.

However, through legal action, replacing corrupt officials with competent individuals and transparency efforts by the new government, Bell is becoming a functioning city residents can trust. Under the leadership of recently re-elected Mayor Nestor Enrique Valencia, the city not only has made an effort to be as open as possible, it is helping its citizens participate in government.

It’s not surprising, Valencia says, that one of the most important factors in regaining the trust of the citizens has been transparency, particularly as it pertains to the city’s many contracts and the salaries of officials and workers. The city’s website has been the most important tool in demonstrating the city’s new-found dedication to integrity.

“We put every contract on the website. It’s there,” Valencia says. “We go into the compensation of employees – we have included their titles and names – that’s brought us to a different level of transparency above and beyond what the state of California requires.”

That unprecedented level of transparency, Valencia says, was necessary because of the profound mistrust residents felt after the scandal broke. “[The attitude] around here was ‘who are you, how much are you making.’”

In addition, Valencia says the complete budget also is online, and residents are encouraged to take a look at how their money is being spent. “This brings the city’s finances out in front, for everybody to watch,” he says.
But the idea of transparency, Valencia says, is bigger than simply allowing people access to information – it’s getting individuals involved in the processes of their government. “Every city in California is engaged in transparency,” Valencia says, “but does every city actually want people to look at their records?”

This is where Bell differs from other cities, Valencia says. The local government has made efforts to engage citizens and make it easy for them to participate in their government; from social media outreach to on-the-ground town hall meetings.

Hiring and electing management with the right attitude was paramount in this process, Valencia says. “This is a thankless job,” he says. “It’s volunteer work. You’d better like that, or don’t do this work.”

However, some cities are not waiting until corruption is uncovered to do something about it. By having preventative measures in place, unethical behavior can be addressed before it becomes a problem.

Ethics should be proactive, not reactive

West Palm Beach, Fla., is one of the only cities in its region to have a dedicated Ethics Officer on staff. Norm Ostrau joined the city as a contractor six years ago.

There is no limit to what Ostrau can look into, and any meeting he has with a government worker is held in confidence. This is important, he says, in keeping communication pathways clear.
Because of the confidentiality, Ostrau says, “[City workers] have less of a fear of reporting these things.” Without an outside entity, he says workers and officials may fear retribution for speaking up when they witness questionable behaviors.

If any situations arise from conversations with employees or through tips from residents, Ostrau is responsible for the preliminary investigation. “If it’s sustainable, we transfer the investigations to the state or the county authority,” he says.

Ostrau says no major scandals have occurred during his tenure as the city’s ethics officer. “The incidents are not tremendous,” he says. “We maybe get two or three a year where there are serious concerns.”

That lack of serious incidents may be because looking into wrongdoing isn’t Ostrau’s main priority. “Primarily I do orientation for all new employees and all newly elected officials and people who run boards,” he says. “We do an orientation on the legal aspects of the ethics code – both the county and the state.” This makes Ostrau’s position more proactive than reactive; if city officials and employees have a complete understanding of the rules, they are less likely to break them.

“Through this mechanism we’ve been able to bring awareness,” Ostrau says. “[My office] is a place to go to if you have a question and a concern. That’s probably the biggest thing that it’s done – it gives employees a place to talk about this.”

The majority of the reported problems, Ostrau says, arise when workers and officials place self-interest before public duty, but he says incidents are rarely malicious.  “It’s the self-interest that sometimes gets in the way,” he says. “It’s not abnormal to do that, but the codes say their primary duty is trustee, and they are never to have their self-interest come before their public duty.”

To prevent these problems before they start, Ostrau offered a simple maxim: “Hire for integrity, review for competency.”

To reinforce the city’s efforts, Ostrau joined with the State Attorney’s Anti-Corruption Taskforce in February to “disrupt, dismantle and render ineffective any person or groups of persons involved in any form of public corruption or any type of crime that involves or is related to the integrity of elected and or public officials,” according to city materials.

Knowing that robust legislative ethics guidelines can be beneficial in combating corruption, Missouri State Representative Shamed Dogan (R) proposed the Local Government Accountability Act in February, which would compel local officials to disclose and report the gifts they receive from individuals and businesses.

Dogan says the impetus for the bill was a no-bid waste contract that came up for approval two years before the previous contract expired. Then, he was an alderman in Ballwin, Mo. After the bid from the existing contractor was approved, Dogan learned the city administrator, who negotiated the deal, had accepted World Series tickets from the contractor.

“This definitely had the appearance of impropriety,” Dogan says, “when you have someone who has business before the city giving you a gift like that.” He added the administrator enjoyed a “cozy” relationship with the contractor for years.

After looking into the matter, Dogan learned that under Missouri state law, city officials were not required to report gifts worth less than $500. “That set off red flags…,” Dogan says, adding that at the state level, government officials are required to disclose and report any gift, regardless of monetary value.

“I don’t see why local officials shouldn’t have that same kind of transparency in terms of gifts they take,” Dogan says. “[These gifts are] from people who have direct business with the city who are asking the city for contracts or to give them tax credits.”

Dogan’s legislation, which is awaiting committee assignment for further discussion, would require all gifts worth $250 or more be reported, with an annual cap of $2,500 per donor.

“It’s incremental change,” he says, but a change he hopes will spark discussion. “I’m hoping that [the bill] gets talked about as part of a broader ethics reform in the state of Missouri.” He explained that Missouri is one of the few states where campaign contributions and gifts from lobbyists are unlimited.

“I’m hoping that this bill gets possibly rolled up into a comprehensive ethics reform bill that the House and Senate take up this year,” Dogan says. “I’m hoping to have this little piece as part of it.”