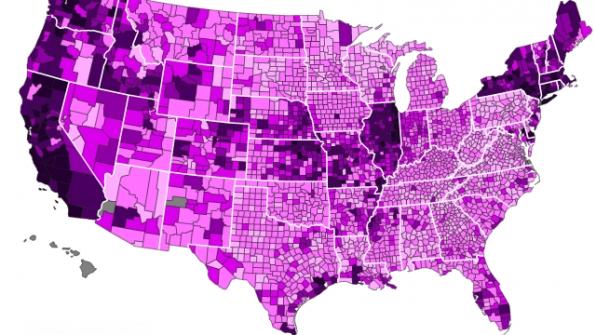 Highway special districts in the U.S. are a diverse lot. Steve Owens of the U.S. Census Bureau discusses some of the functions and activities of these districts.

Texas has three of the 10 biggest-spending highway special districts, while California has two. Five states, including New York and New Jersey, have one district among the top 10. The data is from the latest (2012) Census of Governments, issued by the U.S. Census Bureau. Statistics from the latest Census is being released on a piece-by-piece basis. Another source, the Census Bureau’s Governments Division web page has more information on government counts for the U.S.

Steve Owens, who compiled the list, says that the districts in this ranking all have large non-highway spending categories their budgets. Owens, who is Chief, Government Organization and Special Programs Branch, Governments Division at the U.S. Census Bureau, tells GPN: “Highways aren’t always the primary function of the districts in this list. For example the Port Authority of New York and New Jersey and the Metropolitan Washington Airports Authority also operate airports in addition to toll roads, bridges, and other activities.”

Owens says district number four on the list, the Harris County MTA, doesn’t operate highways directly. “The highway expenditure for that district primarily consists of local infrastructure assistance which it is statutorily required to disburse to its member governments who then use the money for road projects.”

Owens says that in general, state, county and municipal governments maintain highways. Some states, says Owens, have unique arrangements. In Idaho for instance, the state allows for large regional highway networks to be maintained by special districts.

Missouri, says Owens, has transportation development districts that are permitted to float bonds to improve and expand existing highway systems. Those systems, he adds, are eventually absorbed into state and local networks.

This ranking (below) of highway special districts, says Owens, “provides a great illustration of the diversity of special districts in the United States, and highlights the fact that there are many different approaches that can be used to solve transportation issues.”