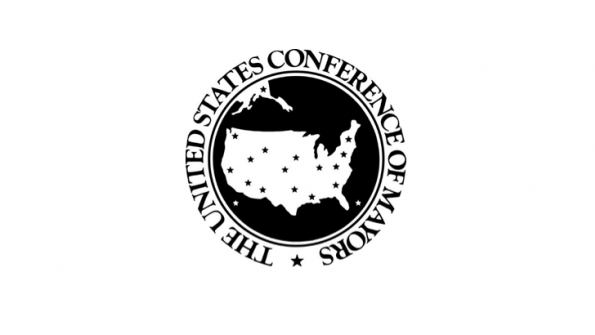 A coalition from the Untied States Conference of Mayors recently pledged to work together in urging Congress to act on some of the country’s most critical issues including transportation funding and income inequality.

On Monday, approximately 20 of the nation’s mayors pledged to work together to urge Congress to disregard politics and move past partisanship to solve the nation’s most pressing problems.

Led by Boston Mayor Martin Walsh, New York City Mayor Bill de Blasio, U.S. Conference of Mayors (USCM) Vice President and Mayor of Baltimore Stephanie Rawlings-Blake and Seattle Mayor Ed Murray, the second annual meeting of the USCM Cities of Opportunity Task Force was held in Boston to discuss municipal best practices in the areas of transportation and housing, as well as ways federal action can help close the wage gap and help lift families out of poverty by providing access to reliable transportation, affordable housing and employment opportunities, according to conference materials.

“Mayors know that transportation systems and services can be an effective tool to address inequality and understand how locally-directed transportation solutions can create more economic opportunity and better serve our nation’s working poor,” Rawlings-Blake said in a statement. “As we look to Congress, we renew our call for stronger federal resource commitments, with more emphasis on locally-directed funding, to improve our transit and street systems to better serve our growing metropolitan areas and confront income inequality.  We cannot let the federal government off the hook in supporting us in meeting these critical challenges."

“Inequality is a national crisis. It’s holding down wages, it’s holding back our economy, it’s undermining the American Dream,” Walsh said in a statement. “Here in Boston we are innovating, and growing opportunity to lift individuals and families out of poverty. But we need our partners in the Commonwealth, and in the federal government to act and make the critical funding and policy decisions that invest in and strengthen municipalities, the building blocks of this nation.”

Established at the Conference’s Annual Meeting last June by USCM President and  Sacramento, Calif., Mayor Kevin Johnson, the Cities of Opportunity Task Force seeks to unite mayors to leverage the power of local government to advance a national common equity and expand opportunity, according to program materials. The inaugural meeting of the group was held in New York City in August 2014 to examine issues around improving early childhood education, expanding broadband access and addressing income inequality.