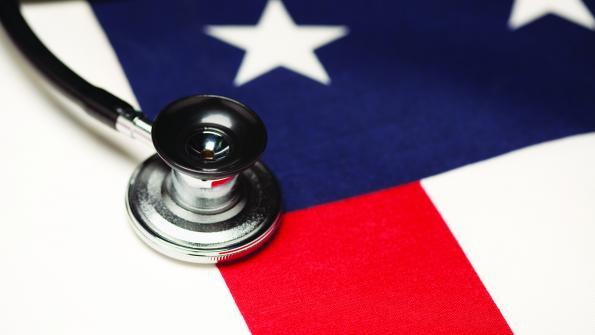 Rates of uninsured continue to decline

In 2014 the rate of uninsured individuals in the country hit a seven-year low.

In 2014, more Americans have healthcare insurance than in 2013. The percentage of those without that insurance dropped from 17.3 percent in 2013 to 13.8 percent last year – the lowest percentage in seven years. In addition, no state reported a statistically significant increase in the percentage of uninsured residents in 2014 compared to 2013.

Of the 11 states that saw the greatest reductions, ten expanded Medicaid and established a state-based insurance marketplace or a state/federal partnership under the Affordable Care Act. Montana, which was tied for 10th place with New Mexico, was the only exception.

The complete breakdown of the top 11 states seeing the largest reductions in percentages of uninsured residents follows:

Overall, Massachusetts had the lowest rate of uninsured residents in the nation for the seventh year in a row. Only 4.6 percent of The Bay State’s residents are uninsured.  Massachusetts is followed by Connecticut and Hawaii, both with an uninsured rate of 6 percent, according to Gallup.

Also with a seven-year streak, Texas still has the highest rate of uninsured individuals – 24.4 percent, although that figure has dropped since 2013, when 27 percent of the state’s residents were without insurance.

Gallup says the implications of their data point to a discrepancy in the national consciousness. “While most Americans continue to disapprove of the Affordable Care Act, it has clearly had an impact in reducing the uninsured rate in the U.S., which declined to it’s lowest point in seven years by the last quarter of 2014,” according to the Gallup report. “This trend could be poised to continue, as 55 percent of Americans who remain uninsured plan to get health insurance rather than pay a fine.”