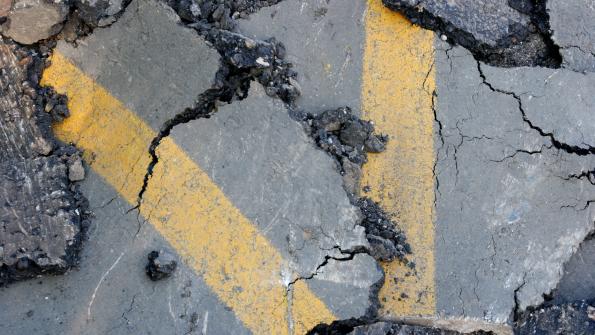 With the future of the federal Highway Trust Fund uncertain, state leaders are looking to raise more reliable funding for infrastructure projects.

Due to federal inaction and uncertainty, some state governments are taking matters into their own hands to ensure transportation and highway projects remain sustainably funded.

America has an infrastructure problem. According to the National Association of Counties (NACo), county governments own, maintain and operate 45 percent of the nation’s road miles and 40 percent of the nations bridges. But these are in dire straights. The American society of Civil of Engineers most recent infrastructure report card gave the nation a D+ overall, with roads receiving a D and bridges receiving a C+.

The federal Highway Trust Fund, where much of the money for highway construction and maintenance originates, will run dry in May. While there will likely be short-term fixes for the problem, “the necessary longer-term systemic investments will be kicked down the road, a casualty of partisan gridlock,” writes Albert Hunt in The New York Times.

Hunt says the obvious solution is to increase the 18.5-cent-per-gallon gasoline tax dedicated to transportation. This tax hasn’t been raised in over two decades, but both Democratic and Republican leaders both see this “solution” as political suicide.

So some state governments are taking matters into their own hands. Iowa, for one, is set to vote on a 10 cent per gallon state tax hike to pay for road improvements. The tax increase would provide about $215 million annually for Iowa’s bridges and roads, according to local TV news source KCCI 8.

New Jersey, too, is considering raising gas taxes after a bridge in Franklin Township was deemed unsafe and was abruptly closed last month, according to National Public Radio.  “It’s living proof that what we’ve been saying is correct,” Tom Bracken, head of New Jersey’s Chamber of Commerce told the news source. Of about 600 “structurally deficient bridges in New Jersey, there are some that, right now, are very dangerous,” he said.

“Now is the time. Gas prices are low. The money has run out. The projects are accumulating,” New Jersey Transpiration Commissioner Jamie Fox told NPR. “We’ve got potholes up and down the state. We’ve got bridges falling apart.”

The trend started in states such as Pennsylvania and Maryland. But at least a dozen states are discussing raising taxes to help cover infrastructure costs. NPR reports Iowa, South Carolina and Tennessee all have gas tax increases on the table.

And while raising taxes is never a popular option, experts are saying it’s the only option at this point. “Roads and bridges — it’s not a politically divisive issue,” Carl Davis, of the Institute on Taxation and Economic Policy told NPR. “These are things that need to be maintained if the economy is going to work.”

Currently NACo leaders are in Washington to discuss transportation infrastructure spending as well as a host of other issues with federal officials. Read more about their efforts here.