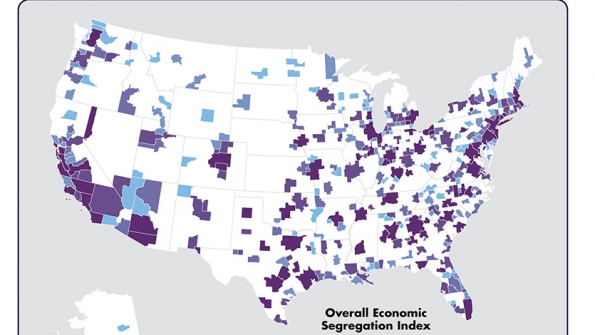 The amount of money individuals make not only influences how they live, but where.

While government officials have brought income inequality to the forefront of the national consciousness, an often-overlooked aspect of the problem is economic segregation.

A 2012 report from the Pew Research Center found that the segregation of upper- and lower-income households is on the rise in 27 of the country’s 30 largest metro areas, and a new study, released by the Martin Prosperity Institute, helps to conceptualize this widening gap by indexing the most and least segregated urban areas.

The top 10 metro areas with the highest levels of economic segregation, according to the report are:

The 10 least segregated metros are: