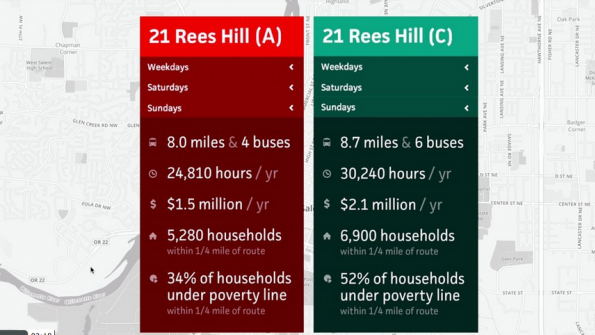 When Transitmix launched last summer, most assumed it was just a web fad. Allowing users to create fantasy transit maps of famous cities seemed like an interesting idea, but now professionals are beginning to take note of the tools’s data-driven power.

In the six months Trasitmix has been active, users – both industry pros and hobbyists – have created approximately 50,000 transit maps in 3,600 cities around the world, CityLab reports. But it was messages with professional transit planners that caused Transitmix CEO Sam Hashemi to think the tool might be beneficial to cities.

"They'd email us and say, 'I've been waiting for this. Thank you so much,'” Hashemi told CityLab, "They were love notes in a way. We realized it could be something significant."

The “Pro” version of the tool allows users to sketch routes in real time, set service windows and see live cost calculations. It also allows users to overlay geospatial data such as population and job concentrations over existing or imagined routes. The tool is completely web-based, and maps can be shared and collaborated on by sending links.

“We often sketch hypothetical transit networks, and we want to see how they impact population and employment density,” Matthew Barnes, transit network manager for the Oregon DOT said in a statement, “I see Transitmix as a super GTFS [general transit feed specification] editor that’s better than anything out there.”

Watch a video demonstration of Transitmix Pro here, or learn more about the tool on its website.