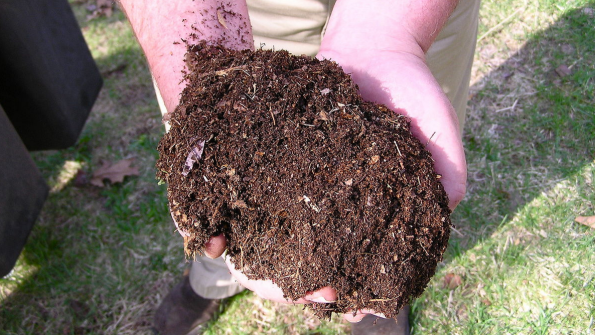 To reduce pollution and increase sustainable activities like composting, Seattle has banned homeowners and businesses from throwing away food scraps.

To promote composting and reduce waste, Seattle has placed food scraps on its list of prohibited refuse.

The city is the first in the country to enact such an ordinance, National Public Radio reports. Other cities, such as San Francisco, mandate composting, but don’t directly penalize homeowners for tossing out compostable materials.

Each year Seattle sends about 100,000 tons of food waste 300 miles to a landfill in Oregon, according to program materials. This results in higher costs and more greenhouse gas emissions. The city estimates each household produces 400 pounds of food waste per year.

But, based on the success of its existing recycling and yard waste ordinances, the city predicts the new food waste law will divert approximately 38,000 tons of material via composting. This will help Seattle to achieve its goal of recycling and composting 60 percent of its waste in 2015.

Currently, bins that are found to have prohibited items have a large red tag affixed to them as part of a public education campaign, NPR reports. The city won’t start issuing fines until July. Single households will pay $1 per violation, but apartment complexes and commercial buildings could be fined up to $50.

Instead of tossing scraps, households will be required to use city-provided bins to fill with food and yard waste. Homeowners and businesses can compost these materials themselves, or bins can be left by the curb where the city provides a composting service to come pick them up.

"You can see all the oranges and coffee grounds [in the garbage]," Rodney Watkins, a lead driver for Recology CleanScapes, a waste contractor for the city, told NPR. "All that makes great compost. You can put that in your compost bin and buy it back next year in a bag and put it in your garden."

To learn more about the new ordnance, click here.