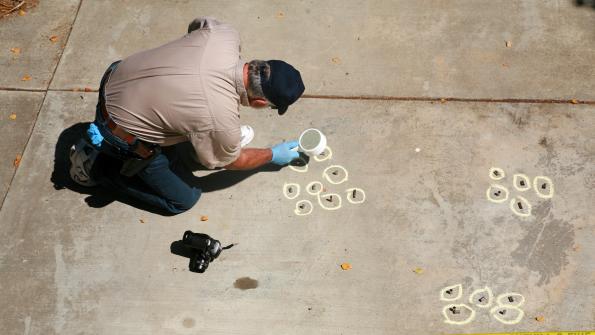 A city council meeting in the Minneapolis suburb of New Hope erupted in gunfire Monday night. Two police officers were shot and wounded.

A city council meeting in the Minneapolis suburb of New Hope erupted in gunfire Monday night. Two police officers were shot and wounded.

The city council meeting was proceeding after the completion of the swearing in process for new police officers Joshua Eernisse and Adam Johnson according to The Washington Post. As these police officers and others exited the chambers, they came across a man armed with a “long gun” as described by Hennepin County Sheriff's Office Chief Deputy Mike Carlson according to ABC13 Eyewitness News.

During a briefing, Carlson informed reporters, “Two officers were struck. Other officers were able to return fire, subsequently killing the suspect.” The Washington Post also reports that the identity of the wounded officers has not been confirmed, but they are reported to be in stable condition.

The council members’ reactions were caught on tape as the meeting was being recorded. The members ducked for cover as the gunshot rang out, and someone yelled, “Get down, get down, everybody get down.” Another person exclaimed, “That went right through the door!” and “Somebody got shot!” Five or six additional shots can be heard following the initial outburst.

New Hope City Council Member John Elder, a former police officer, drew his own weapon as he prepared to take action from behind the council desk if necessary. Elder also addressed the camera, “If this is being taped, go to commercial. Go away from this.” Elder and the others were led to safety shortly after, reports the StarTribune.

The gunman has not been identified, and no motive has been given at this time.

Footage of the event, obtained by CNN, can be found here.