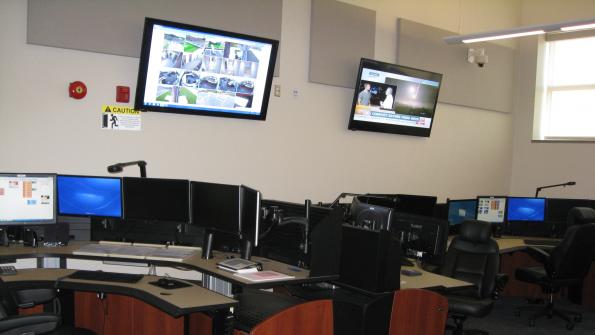 Burke County officials were concerned about pending state legislation that would require a minimum number of positions in PSAPs. When this requirement took effect, it would have dramatically increased the number of positions and the financial expense of operating the four PSAPs in the county.

“The individual centers could not meet the new state standards concerning the minimum number of personnel available to answer a 9-1-1 emergency call,” says Candy Strezinski, the county’s PSAP director. “How they were going to become compliant was a big question.”

Consolidation appeared to be the answer. So, Burke County hired Mission Critical Partners, Inc. (MCP), a public-safety communications consulting firm headquartered in Port Matilda, Pa., to conduct a feasibility study. When the firm concluded that consolidation indeed was feasible, Morganton’s public safety department applied for a state grant. The result was a $7.4 million award that led to the construction of the county’s new 9-1-1 center, which replaced the four aforementioned PSAPs.

“The fact that the consoles will interoperate with those at the Highway Patrol will make it easier to share information, which in turn will speed emergency response,” Strezinski says.