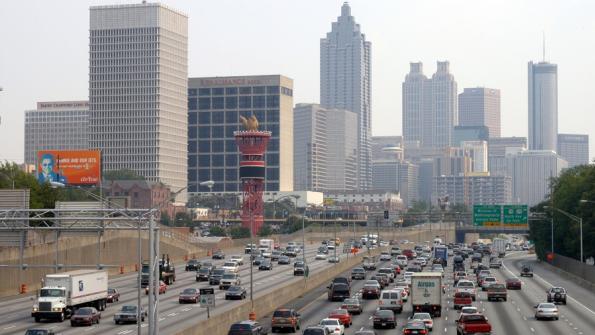 Transportation is expected to be one of the top issues during Georgia’s legislative session. It is estimated that the state will need to generate at least $1 billion to $1.5 billion in new revenues annually, and that’s just to maintain the current infrastructure.

Georgia residents say they believe broader public transit options and transportation infrastructure improvements are needed in the state. They just don’t want to have to pay for them.

The AJC’s poll, conducted the first week of January, also found that about 70 percent of those asked would support more bus and rail options in the state. But again, that shouldn’t be confused with a willingness to pay higher taxes to fund these projects.

Transportation is expected to be one of the top issues during Georgia’s legislative session, which started Monday. It is estimated that the state will need to generate at least $1 billion to $1.5 billion in new revenues annually, and that’s just to maintain the current infrastructure.

In his state of the state address on Wednesday, Gov. Nathan Deal urged legislators to support new funding for transportation projects, but Deal did not mention any specific proposals for how to pay for those efforts.

“If we do nothing, we would continue to have to depend on the federal government, whose transportation funds are also dwindling,” Deal was quoted as saying in the AJC. “If we should choose not to maintain and improve our infrastructure, economic development would stall, companies would be unable to conduct their business efficiently, commuters would waste more time and gas sitting in traffic, and no one would be satisfied.”

The state’s road system is the 10th largest in the country, yet Georgia ranks near the bottom in spending per capita on its transportation infrastructure. Meanwhile, Atlanta’s traffic congestion is considered among the worst in the country.

In addition to the $1 billion, another $2.1 billion or more would be needed for additional needs, such as expanding interstate capacity and transit options. A more comprehensive program that would include passenger rail would require as much as $5.4 billion annually in new revenues.

Last month, the Joint Study Committee on Critical Transportation Infrastructure Funding released its report on different tax options for raising the funds needed for the work.

Considering the public’s anti-tax mood, finding the answer promises to be a challenge for legislators.

Here’s an excerpt from the report:

“Investment in transportation infrastructure must be viewed in its larger economic context. Roads, bridges, transit systems and rail lines are critical means of connecting businesses with their customers and employees. However, congestion on major highways costs the state billions each year in lost productivity, including extended commutes and delayed shipment of goods.”

The report, which is expected to loom large during the session, has already found opposition among cities and counties in the state. Lamar Norton, executive director of the Georgia Municipality Association, told local officials that one of the options would mean, on the local level, a loss of sales tax proceeds from gasoline sales for projects unrelated to transportation.

These localities collect $516 million from the sales tax on gasoline but spend more than $1.3 billion on transportation, according to Norton.

The committee’s complete report can be read here. Deal’s speech can be read in its entirety here.