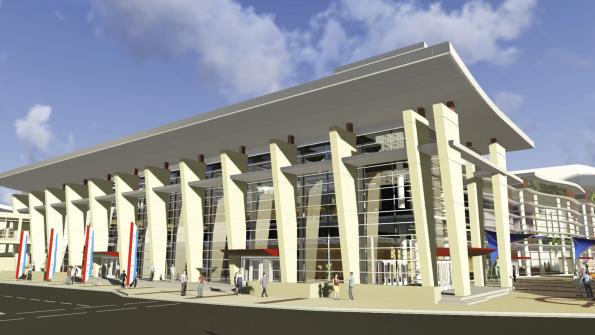 City revenues are headed upward for the first time in five years since the 2008-2009 recession.

City budget officials are optimistic about their communities’ fiscal health, according to the National League of Cities’ (NLC) newest survey on municipal budgets. The NLC’s 29th annual “City Fiscal Conditions” report indicates that city revenues are showing the first positive growth in five years since the recession, and that cities are beginning to hire workers again.

As 2015 starts, Derek Todd, city administrator in Lehi, Utah, is hopeful. “There’s a lot of growth going on, both residential and commercial. Our one-time revenues are coming in really nicely because of the building boom that is happening here. The property values are increasing, and so property tax revenues are increasing.” Expanding retail is driving growth in Lehi sales tax revenues in 2014-2015, adds Todd (photo at right).

Lehi (2013 population, 54,382) is the fifth fastest-growing city over 50,000 population in the U.S., says Todd. Some of that growth, he says, is due to technology firms like Oracle, Microsoft, Micron and Adobe building production plants and offices on greenfield sites in Lehi. Technology firms, says Todd, are attracted to Lehi because of its location midway between Salt Lake City and Provo, its close proximity to major research universities, and the solid achievements of the Alpine School District.

Todd says Lehi city officials aim to be proactive when it comes to business development, with a new, streamlined process to assist developers. He points to the new $110 million Adobe campus in his community as evidence. “We created a deal where they constructed their building over one of our public right of ways, with a pretty creative leasing agreement for air rights. We’ve received some positive attention for the transaction.”

Commercial real estate brokers tell Todd that the Lehi area should see continued planning and construction of large, multi-story Class A office buildings over the next seven to 10 years. “We are pretty excited about that, obviously. We can’t put all our eggs in that basket, but we are optimistic that commercial real estate development will continue in Lehi for at least a few more years.”

But while the NLC survey and leaders like Todd are optimistic about 2015, budget managers still have some concerns. Current data indicates that city revenue is likely to be flat in 2015, with increases forecast in service costs, long-term infrastructure needs, and city pension and health care obligations. City fiscal officials, says the NLC report, expect federal and state aid to be reduced in 2015.

Rochester, Minn., Councilman Michael Wojcik sees both opportunities and challenges in his city’s 2015 outlook. Wojcik, who serves as vice-chair of the NLC’s Community and Economic Development committee, told American City & County that he had “been battling through the budget process” when AC&C caught up with him recently.

Wojcik (photo at left) says that in 2015, Rochester will see only a slight increase in its operational budget and a large decrease in capital spending due to some large 2014 expenses. “Our tax levy will be increasing by about 7 percent, with most of that being covered by growth. We were not able to fully fund all of my personal priorities, including public safety and improved public transit. We are finding it hard to keep up with the explosive economic growth of our community. Like many communities, we face challenges with retirement costs, health care and infrastructure,” Wojcik told AC&C.

Rochester Minn., (2013 population: 110,742) is the home of the Mayo Clinic, which employs 35,000 and welcomes millions of visitors each year. Wojcik told AC&C about the city’s economic development program called Destination Medical Center. “The initiative is intended to make our community the premier location in the world for medical treatment and the talented people that provide it. The 20-year project is expected to lead to a $6 billion investment in Rochester’s downtown with at least $585 million in public funds.”

Here are some major capital projects that are on Rochester’s to-do list in 2015, says Wojcik:

– An expansion of the Mayo Civic Center convention center will create 713 construction jobs and increase the area’s economic impact by $372 million over 10 years. The expansion will add 188,000 square feet to the convention center.

– The Rochester Senior Center/Rec Center project should go out for bids in January, break ground this coming spring and open in the summer of 2016. The project will create 50,000 square feet of space.

More sections of the 2015 Keating Report, covering state government budgets and government construction, are available online at this site.