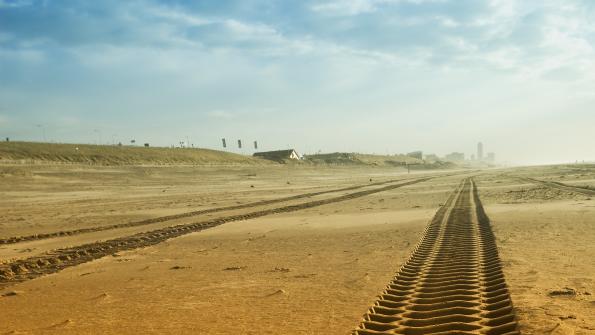 Cities and counties across the country are, with varying degrees of sophistication, turning to GIS to achieve greater efficiencies, enhance operations and provide more meaningful information to the public.

Mosquito spraying. Permitting. Fire dispatch. What do these government functions have in common?

They all rely heavily on geographic information system (GIS) data. Or at least they do in Orange County, Fla., where county leaders have been taking deliberate steps to incorporate GIS data in nearly every aspect of day-to-day operations.

“It kind of infiltrates every corner of the county in some way or another,” Louis Schoolkate, GIS coordinator for the county, told American City & County.

The county’s ongoing efforts constitute one of the largest GIS-related projects in the country, according to a Govalytics report. A sister brand to American City & County, Govalytics is a sales and marketing tool that collects capital project information before the RFP process begins.

Cities and counties across the country are, with varying degrees of sophistication, turning to GIS to achieve greater efficiencies, enhance operations and provide more meaningful information to the public.

Orange County underwent an $8.2-million, multiyear project that upgraded its permitting system and implemented a document management and storage system. Schoolkate said it’s difficult to say exactly how much of that money was spent on GIS because improvements were made throughout the county infrastructure, but that Orange County will continue to invest in GIS.

“We treat GIS as not a one-time purchase. You create information that represents, let’s say, our road network, our address database or any number of databases, but that’s only good for one day if you don’t maintain it. Two weeks later, it starts to become out of date. A year later, you can’t trust it anymore,” Schoolkate said.

“So we have an ongoing, continual investment in maintaining that data so it can be trusted.”

Permitting is a key application for GIS in Orange County, which is home to some of the country’s most popular tourist attractions.

“If you’re only doing a few permits a day, it’s one thing. If you’ve got people lined up every day, then you have to come up with better ways of providing service,” Schoolkate said.

In Eden Prairie, Minn., the city started to equip some employees with iPads so they can harness the power of GIS data to do their jobs more efficiently, according to Dan Sletten, GIS technician for the city’s information technology department.

For example, if someone wants to plant a tree, an employee can go to the location and know immediately whether there are underground utilities present.

“The biggest advantage would be efficiency, and it saves time. People can go from one ticket to the other ticket without having to come back to the office or losing connectivity to the network,” Sletten said.

The city started the iPad program this year and plans to expand it to include more employees in 2015.

GIS data has also been used to help the public find parcel information, historic sites and parks with specific features, like a horseshoe pit. The city has four interactive and about 20 static maps that were built using GIS data.

While many cities and counties have shown that they do not lack imagination when it comes to finding way to apply GIS data, this is likely just a glimpse of the possibilities.

As technology continues to evolve in speed and accessibility, GIS can become further integrated daily operations. Schoolkate says he believes that the technology will eventually be fast enough that decision makers are able to use GIS for “one-time mini projects” that only take a few hours and provide valuable context.

“It’s become more user-friendly and much faster,” Schoolkate said. “You don’t have to be some kind of backroom programmer genius to make it happen, and that allows us to respond to things faster and do all kind of cool stuff that we never used to be able to do.”