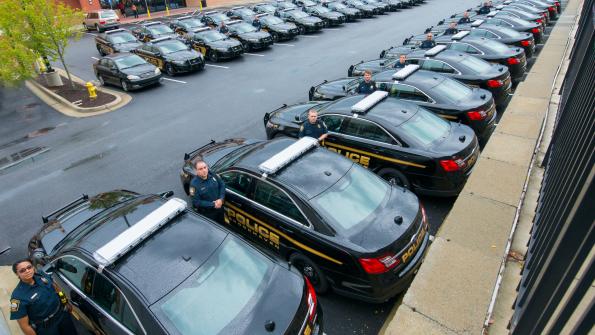 Department collaboration gets police up and running in Brookhaven, Ga.

By collaborating with outside partners, the new city just north of Atlanta delivered on its promise to have a police department up and running within six months.

Tired of what was called "excessive government spending" on staffing and benefits, residents of Brookhaven, Ga., a community just north of Atlanta, voted in 2012 to form their own city. The city, comprised of about 50,000 residents, adopted a model used by other new cities – outsourcing government services to professional corporations.

“This way we get the best of the best, professionals who are already experienced in their field while cutting down on added costs,” said City Manager Marie Garrett, who saved the city more than $2 million this year by renegotiating service vendor contracts.

By collaborating with outside partners, the city delivered on its promise to have a police department up and running within six months of opening for business.

In July 2013, officers hit the streets in 50 new patrol cars equipped with semi-ruggedized, in-car laptops and in-car cameras. This included access to a fully operational Geographic Information System platform. The cruisers were outfitted with dedicated routers that provide a persistent, high-speed connection via a private network to City Hall, as well as the city’s contracted 911 communications center. Additionally, this connection allows the in-car cameras to upload data wirelessly, said Daniel Schultheiss, director of government services for InterDev, one of the department’s partners.

Prior to the force’s launch, the routers and video processing units preconfigured for the in-car cameras, followed by preconfiguring the laptops to work with the in-car equipment.

“By leveraging additional personnel from InterDev’s main office, we were able to program these vehicles and equip 50 officers in one day,” Schultheiss said. “Other agencies in the area told us it would take weeks to get the technology up and running in our patrol cars, but we were able to send officers home with their fully equipped cars on the very first day.”

These technology enhancements provide key support for Brookhaven’s crime and safety initiatives. The Automatic Vehicle Location system, which the in-car technologies support, allows emergency dispatchers to pinpoint the location of cruisers at any given moment. This allows for more accurate and faster response times. It also helps dispatchers monitor officers in case they need to send backup during emergencies.

In addition, each cruiser has a GIS-aided mobile data terminal that allows officers to write e-tickets, run criminal histories and perform other tasks.

“We received a year’s worth of crime data from the DeKalb County [Ga.] Police, which previously policed our area. Our city GIS department mapped it to create ‘heat maps’ that helped us to determine where certain types and levels of crimes were being committed,” Yandura said. “This allowed us to create our patrol beats, as well as hit the streets knowing what we were facing.”

The city is now using this data to do monthly comparative analysis reports to track crime patterns. This information is also available online for residents to monitor happenings in their neighborhoods.

“Many city departments rely heavily on the GIS system and the residents love it,” Yandura said “It helps my force with situational awareness planning like rerouting traffic for events or setting up a perimeter in a hostage situation.”

Earlier this year, the Urban and Regional Information Systems Association awarded Brookhaven’s GIS Department the Exemplary Systems in Government Award, recognizing the city’s work with its police, public works and other departments.

“This is just another example of how our departments work hand-in-hand to not only make our job easier, but provide the best services for our residents,” Garrett said. “When people in other communities ask me how long we’ve been a city, it always amazes them that we have been able to accomplish so much so quickly.”