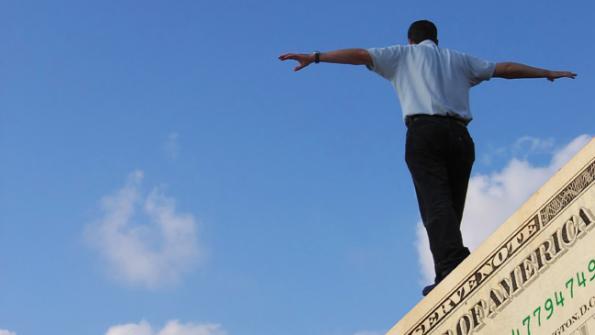 Thanks in part to stability in the housing market and growth in property tax revenues, local governments will be financially stable in 2015.

The fiscal outlook for U.S. local governments in 2015 is neither positive nor negative. It’s stable, according to Moody’s Investor Services.

Moody’s came to this conclusion as local governments are continuing to recover – slowly but steadily – from the economic recession. Contributing to the recovery are property tax revenues, which have been growing modestly, driven by a stabilized housing market and local governments’ willingness to exercise property-taxing authority.

These findings are in line with greater state figures, according to The Washington Post. Citing a report from the Fitch ratings agency, state governments are also enjoying mostly stable ratings for 2015.   Moody’s expects to see property tax rate revenues increase by 2 to 3 percent in 2015, a little less than the 5 percent average growth rate prevalent before the economic downturn. Tax caps, anti-tax sentiment and an uneven recovery in the housing market have limited the growth, but the predictability of property tax revenue continues to be a strong suit for local government finances.

Threatening the stability, Moody’s says, are impending fixed cost obligations. Debt, capital expenditures, pensions and health benefits are likely to consume an increasing share of 2015 budgets, which will prompt local governments to cut costs, increase taxes or tap into reserves.

Reasons for these financial pressures vary, but commonalities include a limited willingness or ability to raise revenues (taxes), limited ability or willingness to reduce expenditures, outsized pension or other post-employment benefit liabilities, lagging economic recovery or imbalanced financial operations.

Adding to the overall stability of the sector, several Moody’s-rated local government defaults have been resolved over the past year. These include defaults from Jefferson County, Ala.; Harrisburg, Pa.; Pontiac, Mich.; Vadnais, Minn.; Monticello, Minn.; and Stockton, Calf.

Since the outlook is a forecast, it is subject to change. Moody’s says an increase to the healthy 5-6 percent annual property tax growth could prompt a move into a positive outlook, while a decline in this growth could lead to a more negative financial future.

The full report can be purchased from Moodys.