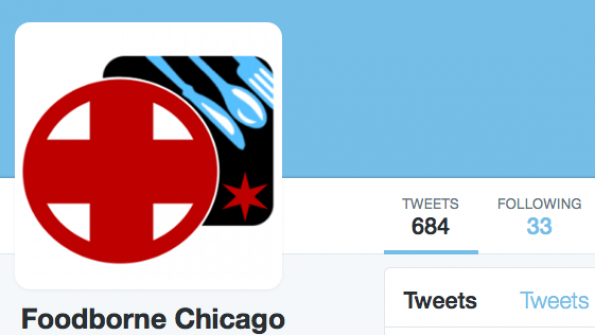 Chicago is looking to data analytics and social media to protect public health.

An initiative called Foodborne Chicago, launched in March of 2013 monitors Twitter for tweets coming out of the Chicago area including the term "food poisoning," according to program materials. Those suffering from symptoms are then contacted for more information, so the city can investigate if health code violators caused the illness.

The initiative was made possible by a collaboration between the Chicago Department of Public Health and Smart Chicago, a civic organization which helps improve the lives of Chicago residents through technology.

Staff members review individual food poisoning-related tweets to see if they include other terms that point to food-borne illness, such as “stomach cramps,” “diarrhea” and “vomiting,” MobiHealtNews reports. From there, staff members tweet back at the user, prompting them to visit Foodborne Chicago’s website to fill out a form indicating what restaurant they visited and how the event took place.

The program is seeing success. Between March 2013 and January 2014, Foodborne Chicago found 2,241 tweets including the words “food poisoning,” according to MobiHealthNews. Of these, 270 included specific details and eight included mention of a trip to a doctor.

According to the Journal of the American Medical Association, the program has resulted in 133 unannounced health inspections, conducted by the Chicago Department of Public Health (CDPH). As a result of these inspections, 21 restaurants failed and were shut down, while 33 were allowed to continue operations conditionally.

“This proves how new technologies can help solve even the oldest of problems,” CDPH Commissioner Dr. Bechara Choucair said in a statement. “Thanks to Foodborne Chicago, we now have the capability to identify food-borne illness that may not otherwise have been reported. Foodborne Chicago also gives us the capability to hear about potential foodborne outbreaks earlier, enabling our team to respond more quickly and prevent more people from becoming ill.”