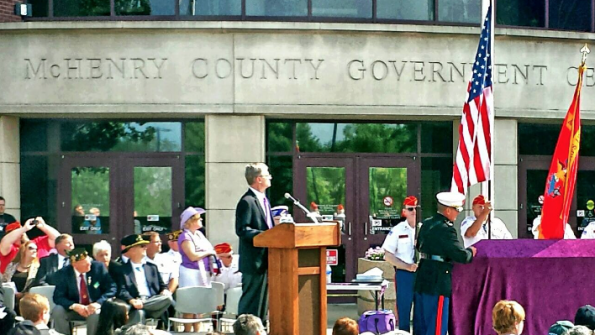 “I like change,” says John Hadley, director of facilities management for McHenry County, Ill. “I like to see change, and improvement, and teamwork.” Hadley, who holds an MBA and has worked his way up from apartment building janitor, lauds McHenry County's changes to save energy.

Last May his team completed a $712,000 project to install Direct Digital Controls for the HVAC system in the McHenry County Courthouse. To fund the project, the county used a $495,000 grant from the Illinois Department of Commerce and Economic Opportunity. The project is expected to result in energy savings of $95,000 annually.

“With DDC, we can diagnose problems with our HVAC systems,” Hadley says. “Are valves stuck open? Is there too much chilled water getting in? Or too much hot water? We can see if an outside air damper is open 50 percent, but it’s only supposed to be open 15 percent. We’re able to do a lot of management of our equipment operations through technology and using the computer screen.”

Not long ago, McHenry County received $2.5 million from the American Recovery and Reinvestment Act – the federal stimulus program. “The county board authorized me to spend the $2.5 million, and we were able to do 14 energy conservation projects in four different buildings – the courthouse, the Department of Transportation, the Administration Building, and our Health Department.” It became evident that energy consumption was a problem in an older three-story section of the courthouse, built in 1972. It had large windows, not thermal panes, but with thick glass. People complained that it was too hot in the summer and too cold in the winter.

“They loved them,” says Hadley. “They liked them a lot. They weren’t complaining about the heat or cold in their offices. And secondly, from an energy savings point of view, the new windows were partly responsible for helping us save $200,000 on our energy bill.”

Hadley has been able to slash his budget for electricity and natural gas from $1.3 million to $1.1 million. Part of the savings results from replacing boilers, changing a contract for the purchase of gas and electricity, and tearing down an older nursing home.