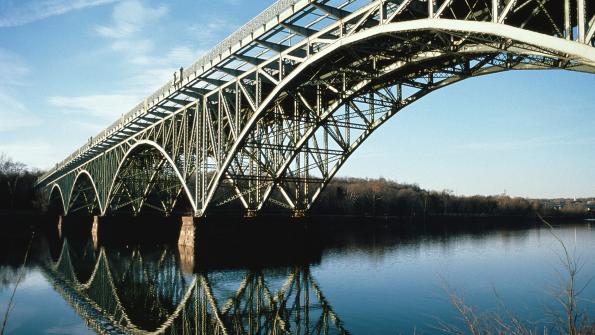 Time is right for infrastructure investment

Low-growth and high-unemployment rates combined with low borrowing costs means public entities should invest in infrastructure spending, according to the International Monetary Fund.

In the current economic environment of sub-par growth, there is a strong case for increasing public investment in infrastructure projects, according to a study released by the IMF. The study found that many advanced economies around the world are stuck in low-growth, high-unemployment environments where borrowing costs are relatively low. The group says these are prime conditions for increasing infrastructure spending.

By increasing these investments, local governments can create jobs in the short term and raise their economic productive capacity in the long term. In a sample of advanced (developed countries’) economies, an increase of 1 percentage point of GDP in infrastructure investment raises the level of output by about 0.4 percent in the same year and by 1.5 percent four years after the increase, the study found.

However, the study cautions against spending on just any project. The potential gains are shaped by three factors:

Some communities are taking these principles to heart and focusing directly on their infrastructure needs. York, Neb., Public Works Director Mitch Doht says his community has significant work to do.

“We have some big, big projects coming up, and I think it’s time for us to start talking about these,” Doht recently told the city council, according to the York News-Times. The first project on the table is the wastewater treatment plant.

The paper reports that whether or not a new facility is built or the current one is renovated, it will cost the city at least $21 million.  “We need to start looking at what direction the city is going to go and begin to create a plan,” Doht told the council.

Additionally, major projects are planned for the city’s sewage lines. The York News-Times reports that cracked pipes, root infiltration and failed joints will require a $374,000 replacement project. Budget talks began Monday, but this project has been allocated as a line item.

Infrastructure is also central to the debate in the upcoming Clarksville, Tenn., city council race, according to local paper The Leaf-Chronicle.

Incumbent candidate Kaye Jones says that even though Clarksville has been named one of the fastest growing cities in the nation, a new road hasn’t been built in 20 years. “Improving the infrastructure must be a critical element to improve the quality of life within our city,” Jones told the paper. “Improving the infrastructure is also a critical element in attracting new larger businesses and jobs to our city.”

One of Jones’ challengers, Bill Powers, agrees, telling the paper that recent growth in the city has led to the need for infrastructure improvements including road widening, new routes and sidewalks to increase walkability.