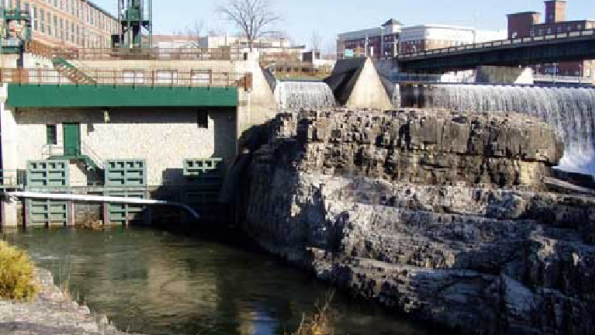 As part of a greater effort to reach statewide sustainability goals, Burlington, Vt., is now producing 100 percent of its power from renewable resources.

With little fanfare, the Burlington Electric Department purchased the Winooski 1 Hydroelectric Project, a 7.4 megawatt plant located on the Winooski River at the city’s edge, according to the Burlington Free Press. With the purchase, the city passed over the threshold into complete sustainability.

“It shows that we’re able to do it, and we’re able to do it cost effectively in a way that makes Vermonters really positioned well for the future,” Christopher Recchia, the commissioner of the Vermont Department of Public Service, told the local paper.

Diane Moss, founding director of the Renewables 100 Policy Institute, told the Burlington Free Press she was unaware of any other city the size of Burlington, which has 42,000 residents, that had achieved 100 percent, but that many are working toward that goal.

Burlington’s achievement is part of a larger state initiative of generating 90 percent of its electricity from renewable sources by 2050, according to Clean Technica. As a state, Vermont is investing heavily in solar power. A new installation of a 2.7 megawatt facility recently opened near Coventry, Vt.

The array is the largest solar project built on a landfill site in Vermont, and will generate up to three million kilowatt-hours of electricity annually from more than 9,000 solar panels, according to Greenwood Energy.

The milestone in Burlington was the result of a years-long effort to transition the city from traditional power to renewable sources. Economically speaking, it began to make sense, Ken Nolan, manager of power resources for Burlington Electric, told the Burlington Free Press.

“The transition in thought from 2004 to 2008 was ‘We want to do this’ to ‘This actually makes economic sense for us to do this'," Nolan told the paper.

Nolan told Think Progress that now Burlington will get about one-third of its power from the Joseph C. McNeil Generating Station, a biomass facility; one-third from wind energy contracts; and the remaining third from Winooski 1 and Hydro-Québec, another hydroelectric facility.