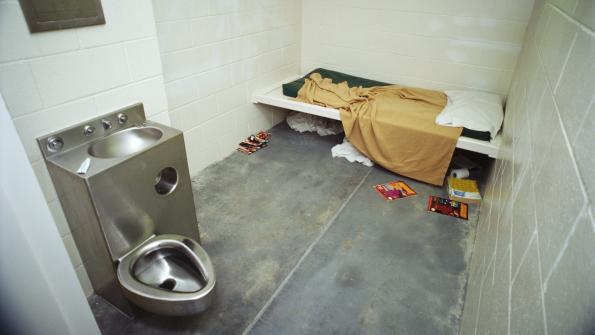 A Texas court has ruled the prison contractor Corrections Corporation of America (CCA) must surrender documents to Prison Legal News, agreeing with the publication's argument that CCA is a governmental body.

A Texas court has ruled a private-prisons contractor must provide documentation on a defunct facility where it has been accused of malfeasance. Depending on the contents of these documents, compliance could cost the company a contract to operate a detention facility for undocumented immigrant children.

The Travis County District Court held that the Corrections Corporation of America (CCA), the United States’ largest for-profit prison company, is a “governmental body” under the Texas Public Information Act (TPIA) and is therefore subject to the section requiring the company to disclose public information.

The ruling resulted from a May lawsuit by Prison Legal News, a monthly publication reporting on criminal-justice-related issues that is also a project of the Human Rights Defense Center. The magazine sued CCA to acquire records related to the Dawson State Jail, a defunct facility that CCA managed. CCA currently operates nine facilities in Texas, including four state jails, and is expected to run a planned detention center for undocumented immigrants and their families.

Prison Legal News argued that CCA meets the definition of a “governmental body” under the TPIA because it “shares a common purpose and objective to that of the government” and performs services “traditionally performed by govern-mental bodies” such as incarceration. Since CCA uses public money to perform a public function, the publication claimed CCA is a governmental body according to state law.

The court agreed with Prison Legal News’ reasoning and ordered CCA to produce the documents and pay $25,000 for the magazine’s attorney fees and costs and another $5,000 if it unsuccessfully appeals.

This is not the first time CCA has suffered legal setbacks. The FBI is investigating its management of an Idaho prison, while it had to pay the American Civil Liberties Union’s (ACLU) attorneys’ fees in another case. The company had been the subject of ACLU legal action in 2007 for its management of a facility housing undocumented immigrant families, who were ultimately transferred elsewhere after a damning report from the Women’s Commission for Refugee Women and Children. CCA has said it has adapted to the rules and regulations issued as a result of these incidents and is committed to providing a safe, secure, and humane environment.

The full text of the decision can be found here.