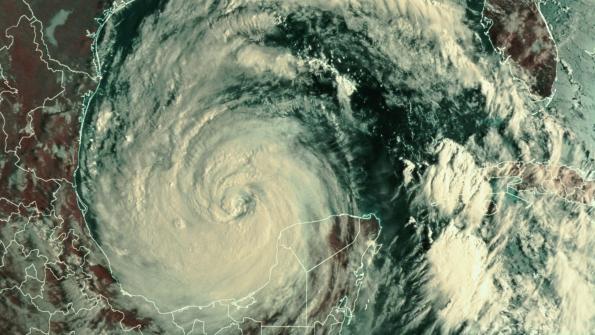 Flood-soaked Arizona could be in for more rain

Due to last week's heavy rains and flash floods, Gov. Jan Brewer declared a state of emergency in two Arizona Counties. Now it's looking like more rain may be on the way.

Arizona Governor Jan Brewer declared a state of emergency after flooding early last week left portions of Maricopa and La Paz counties inundated with heavy rains and flash floods that killed two. The state may be in for more of the same this week.

CNN reports the record-setting rains last week were caused by hurricane Norbert, which hit the Mexican coast on Saturday. The flash-flooding washed away vehicles on interstate 15 and 10, among other thoroughfares. The reported deaths were attributed to individuals attempting to drive through the deluge.

There will likely be heavy rains associated with the storm, with possible flooding by the end of the week, according to the TV station. As of Sunday, no flood watches had yet been issued; however, forecasters are saying that residents should be prepared.

Last week, Gov. Brewer declared a statewide emergency, and directed $200,000 from the general funds to be made available to the Director of the Arizona Division of Emergency Management, according to the Arizona Capitol Times. Brewer also put into action the state Emergency Response and Recovery Plan to direct state and other assets where they are needed.

The Arizona National Guard was also mobilized, according to the Wall Street Journal. The state Department of Transportation told the paper pumps were working to clear water from the freeways, and crews were working to assess the damages with a particular focus on water delivery and drainage systems.

"We're concerned about overflowing those systems," Phoenix Mayor Greg Stanton told the paper at the time. "They are full right now so we're monitoring them very closely."