A minute with… Steven Hintz 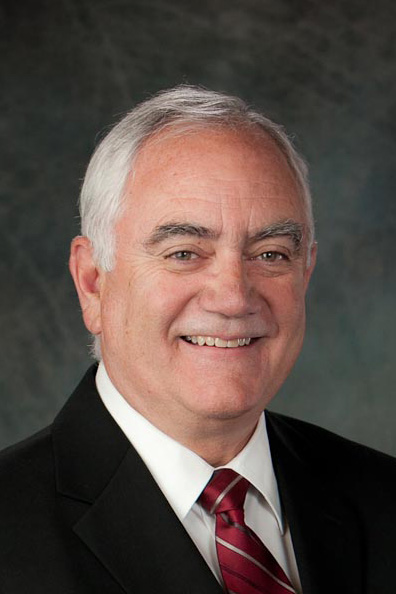 Tell us about your most challenging day at the office.

The first week of taking office in January 2011 was a very challenging time. I didn’t know the staff; they didn’t know me. They knew I had been a judge for many years, but they really didn’t know what to expect. I didn’t have a thorough grasp of some of the important functions of the office, so my learning curve had to be very steep. Gaining the confidence of the two assistants and the three division managers in the first week was daunting. It seemed like a long week, perhaps because it lasted a year.

Do you have any personal, proven methods for approaching municipal challenges?

My challenges are to effectively lead my staff to accomplish the tasks of collecting, banking and investing over $7 billion of the public’s money every year… Faith, honor, duty and fidelity are principles that resonate for me. I am committed to: Tell the truth, always. Keep my promises. Talk less. Listen more. Think all the time. Take all the blame. Share all the credit. Simplify. Delegate. Skip meetings. Control my own meetings. Be on time. Practice humility, patience and optimism. Empower and develop my staff. Dress right. Follow the Boy Scout Oath and Law. Have a little fun. Keep my family more important than work.

One way in which you would change the world?

I believe the United States would be a better place, and its citizens better off, if governments were smaller and less intrusive on our daily lives. We have become so accustomed to having the government tell us how to live that we are at risk of sublimating creativity and independence in exchange for a mess of government pottage. It isn’t my idea of the American way.

I like trains… really big trains, little trains, toy trains, scale model trains, little wooden trains on the playroom floor. Put me near a train, any train, and watch the cares of my day be washed away.

Name three projects of which you are most proud.

1. Opening a branch office: The Ventura County administration building is in Ventura, close to the western boundary of the county. About half the population lives in the eastern third of the county. We opened the first-ever branch office in the east county during the two heavy property tax collection periods to allow people to come to the office without driving an hour. This is an important service to a relatively under-served half of our community.

2. Reorganizing the office: We eliminated three senior positions to create more worker-level positions. We re-classified job titles to reflect the office’s role as a financial services agency. We pressed authority and responsibility farther down the organization chart. In the past four years we have returned 4 percent of our operating budget to the county’s general fund. Most importantly, I stressed the importance of having the staff understand and believe that all our authority comes from the people of Ventura County, and that it is the people of Ventura County who are at the top of our organization chart.

3. Hiring a successor: Both of the Assistant Treasurer-Tax Collectors retired in the second year of my term for medical reasons. It took seven months to recruit and hire a single person, Linda Catherine Le, to replace them, and another year to provide her with the tools to lead the office. She is ready now, when the time comes.