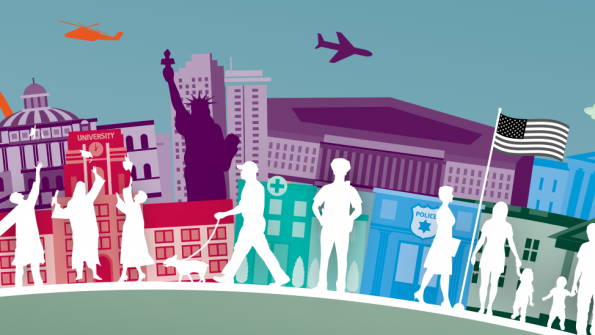 For the first time in our nation's history, the next generation could be worse off than the previous.

The American standard of living, defined as the real gross domestic product divided per capita, could decline by as much as 9 percent by 2030 according to a new report released by Accenture.

“For the first time in our nation’s history, the next generation may not be better off than their parents,” Peter Hutchinson, who leads Accenture’s public service strategy for North America’s state, provincial and local business, said in a statement. “For decades people have come to expect our economy and way of life to continue to improve, not decline.  Our standard of living hinges on harnessing a skilled workforce to power our economies.”

According to the Accenture report, titled U.S. States: For Richer, For Poorer?, threats to American standards of living are threefold:

Population: As baby boomers retire and demographics shift, the working-age population is shrinking. By 2030, this population could shrink by as much as 9 percent, down to levels not seen since 1970. Fewer individuals in the workforce means less wealth produced overall.

Participation: Due to numerous economic and socio-economic factors, there aren’t enough members of the working age population actually working. Part of this is driven by high youth unemployment rates. According to Bureau of Labor Statistics numbers, current workforce population rates are at the lowest since 1977.

Productivity: States and large urban centers are facing declining workforce productivity growth rates (how much wealth a workforce produces). The figure has fallen below 1 percent for five of the past 10 years, and is at one of its lowest points since 1960.

Many are doubting federal, state and local governments’ abilities to effectively address the issue. According to the report:

72 percent of citizens surveyed said they have little or no trust in the ability of their governments to address employment issues. Only 8 percent of U.S. employers use government services to find workers with the skills they need, and 62 percent of employers do not think the government is anticipating the skill demands of future jobs.

In response to this looming threat to American employment, Congress recently passed the Workforce Innovation and Opportunity Act, which reauthorizes and streamlines job-training programs at the state and local level according to The Hill.

The Daily Times reports it is expected the act will be signed into law by President Obama in the coming weeks. Obama said the act will “help ensure that our workers can earn the skills employers are looking for right now and that American businesses have the talent pool it takes to compete and win in our global economy.”