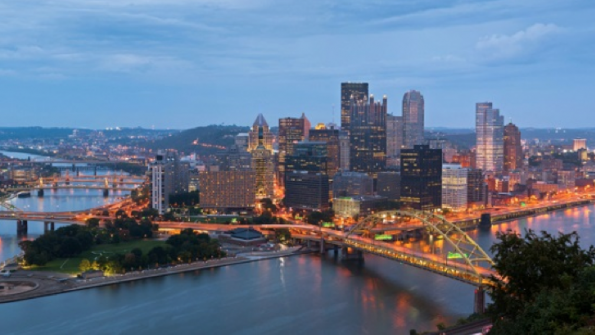 The National League of Cities announced that Pittsburgh will host the group’s 2016 Congress of Cities and Exposition.

The National League of Cities (NLC) announced July 25 that Pittsburgh will host the group’s 2016 Congress of Cities and Exposition.  The congress is scheduled for Nov. 16-19, 2016. It is the nation’s largest networking and educational event for municipal leaders, according to the Pittsburgh Business Times.

“We are thrilled that the Congress of Cities and Exposition will be hosted by the City of Pittsburgh on the city's 200th anniversary," Mayor of Saint Paul, Minn., and NLC President, Chris Coleman, said in a statement. "Pittsburgh is an excellent place for our conference and has a great story to tell. The city's rich history and recent urban renewal has transformed the Steel City into a strong economic center with a diverse and educated workforce. The city has been a leader in sustainability and technology efforts, and can provide great examples of city programs for local leaders attending our conference."

The conference will bring thousands of attendees to the city, according to the Pittsburgh Business Times, where they will explore its businesses, programs and transit system. According to program materials, the conference will include educational content on the challenges municipal leaders face, delivered by experts on the issues. Leadership training sessions as well as issue-specific workshops will be offered throughout the city.

Registration is still open for this year’s event, which will be held in Austin, Texas, Nov. 18-22, 2014. The theme of this year’s conference is “The Future of Cities.”