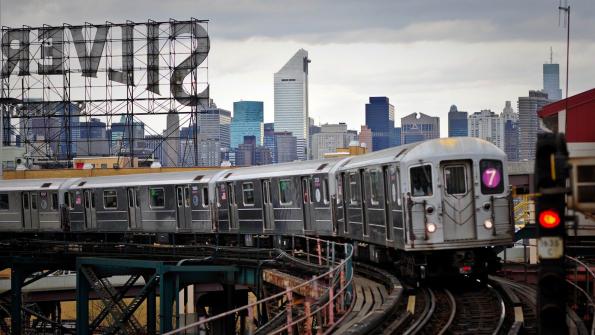 In 2012, Superstorm Sandy became the year’s deadliest hurricane. But the cost to New Yorkers could have been even worse, if not for the Metropolitan Transportation Authority (MTA), which, in the weeks leading up to the storm, undertook an effort to upgrade its online emergency alert system.

The MTA’s website, mta.info, is designed to provide detailed information regarding the city’s transportation system, including weather-related alerts. But during emergencies, the site experiences a three-fold increase in traffic, creating a slow, unresponsive and limited experience for people seeking information during the most critical times.

“The site would become ineffective and only be able to provide very basic text,” says Dan Queally, deputy chief information officer, MTA. “Plus, we had an inefficient, outdated publishing process that required manual updating of HTML and XML files and management of tens of thousands of projects on file systems. Fortunately, we were able to overhaul everything right before Sandy hit.”

Using these tools, the organization built a specialized emergency/weather application that provided content management and delivery, enriched features and workflow, and was scalable to accommodate tens of thousands of requests per second. Simultaneously, the MTA developed foundations for a data-feed-focused site and the main mta.info site. Finally, an application was developed that allowed real-time content delivery of service notifications and news to the new cloud-based site.

A few days after the site launched, Sandy hit New York — but mta.info was ready.
“As the public’s interest in knowing the extent of storm damage grew, the range of information the MTA was able to provide kept getting better and better,” says Queally. “We kept adding maps, PDF downloads, status reports from the agencies, and photos.”

The result was a fully functional, detail-rich site that provided up-to-the-minute information to residents. Untethering mta.info from any internal dependencies insulated it from the loss of those resources caused by Sandy, keeping it working reliably throughout the event. The ability to dynamically expand hardware and communications bandwidth during the storm in response to traffic spikes and ramping them down post-storm resulted in 100 percent site uptime. And the site was able to provide 30,000 customers per second with quick, uninterrupted access, with average page loads of two seconds.

“The developer resources Acquia provided were also a great benefit, especially when we lost access to our own internal staff at the height of the storm,” says Queally. “With their help, we were able to just keep on going.”

Now, mta.info continues providing New York residents and commuters with reliable information to help them plan their days — emergencies or not.