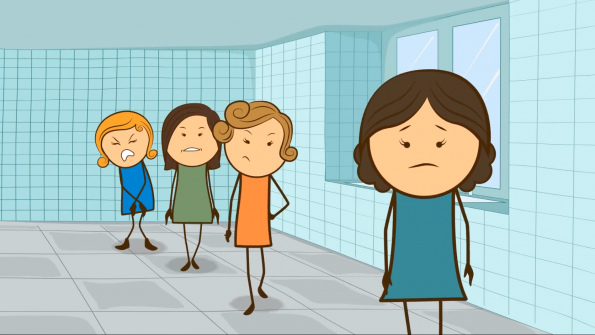 Tooshlights is an automated public restroom lighting system that communicates stall occupancy. It is a sensored setup that alerts guests/patrons which stall is available.

Tooshlights is an automated public restroom lighting system that communicates stall occupancy. It is a sensored setup that alerts guests/patrons which stall is available. The LED lighting system expedites wait times, enhances security, and assures privacy. Wireless technology in the system triggers the light to change to red or green. The setup can be used for both regular and handicapped bathroom stalls. For building managers, the system can increase traffic flow in public bathrooms by letting the guest know where to go.

After standing in a long restroom line, waiting to use a bathroom stall, people no longer have to look underneath, peek inside or push on a door to see whether the space is vacant. “Everybody has had that problem, and we are out to solve it,” said Allen Klevens, CEO and co-founder of Tooshlights. A green light (see photo at right) above a stall signals that it’s open, and a red light signals that the stall is in use. A blue light indicates that a handicap-equipped stall is available.

“Our idea is not to say ‘Hey, we are going to make your line shorter,’” Klevens said. “We are showing people where to go, which will, in turn, make the line go faster.” The idea for Tooshlights came to light when a Hollywood Bowl patron noted the long lines and time wasted on restroom visits, he said.

After testing different components, such as motion, heat and distance sensors, Klevens and Hollywood Bowl contractor Todd Bermann developed a universal lock, that once engaged, turns the light above the stall red.
Each lock, which will replace a restroom stall’s existing lock, costs $350 to $700, depending on the number of stalls at a certain location, Klevens said.

The name Tooshlights was inspired by Klevens’ daughter, whose nickname is “Toosh,” he said. “As a dad, I decided to call it that,” Klevens said. “It stuck, and the reality is that the term ‘Tooshlights’ makes you smile, and you also realize what (the product) is.”

Klevens told GPN that restrooms in government facilities are potential locations for Tooshlights. “Airports, city halls, police stations and military installations—they all would benefit from Tooshlights.”

Klevens told GPN that while Tooshlights would be a good fit in government facilities, his firm has not yet started to market the system to governments. In the future, the company hopes the system is a fixture in federal installations. “We would like to apply for a GSA Contract Number and make sure we are accepted so that we can sell to the federal agencies,” said Klevens.

Tooshlights is also working on a software component that can be piped into a venue’s app, showing where the shortest lines are around the facility. The software also monitors restroom use, and will alert staff that a toilet being avoided at halftime or intermission may be in need of attention.

Here is a descriptive video of the Tooshlights system that shows how the sensored lighting system operates.