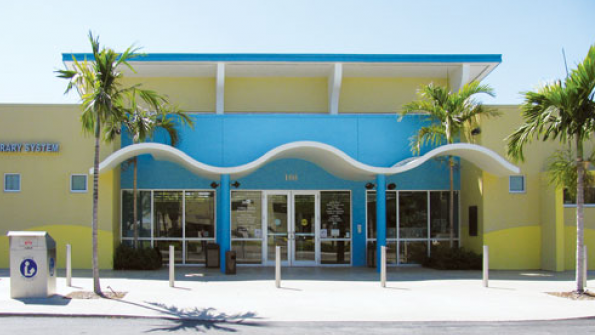 In a world of immediate information and at-your-fingertips Kindle novels, a survey in Miami-Dade County suggests public libraries remain relevent and popular. The survey found 80 percent of voters would oppose a significant cut to the county library’s budget – even if that means a reallocation of tax monies away from other services.

The survey interviewed 5,200 registered voters – 400 of each commission district. Interviews were conducted in English, Spanish and Haitian-Creole. Opposition to library budget cuts in each district ranged from 69 percent to 85 percent.

Commissioned by the Greater Miami Chamber of Commerce with support from the Knight Foundation, the survey found that when told the budget deficit could be upwards of $20 million, 67 percent of respondents said they still wanted the county to preserve library funding, either by increasing the library portion of the property tax (34 percent of respondents) or by cutting spending on other county services (33 percent).

According to the survey, 22 percent of respondents favored cutting library to cover the deficit and 11 percent offered no opinion.

“Our community’s residents made it clear in the survey that they are concerned about significant cuts to our library system,” Barry E. Johnson, president and CEO of the Greater Miami Chamber of Commerce COMMA said in a statement. “While the pressure on budget for all county services is enormous, we believe a focus of the value of our libraries should be a priority.”

And the county commission heard its constituents loud and clear. On Tuesday, July 15, the commission voted to modestly raise the property tax rate ceiling to avert library layoffs, according to NBC Miami.

CBS Miami reports under the proposal the county’s library system would get $53 million for the next fiscal year without any staff cuts. However, this may come at a price to other services such as police and transit.

In his proposed $6.2 billion budget, Miami-Dade Mayor Carlos Gimenez called for no new taxes, according to CBS. The commission's vote comes despite this mandate. To deal with budgetary shortfalls, Gimenez is asking for the county’s unions to give concessions on benefits and compensation to keep from having to lay off employees.