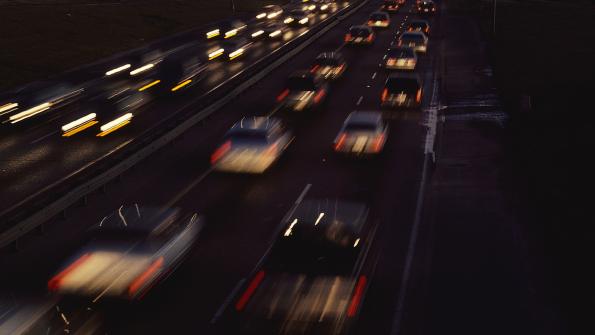 By timing traffic signals properly, local governments can save money, reduce pollution and cut down on motorist frustration.

The Federal Highway Administration estimates that collectively, Americans spend nearly 4.2 billion hours a year sitting in traffic. This translates to $87.2 billion in wasted fuel and lost productivity, or $750 per traveler per year. But, by synchronizing traffic signals, municipalities can alleviate these issues.

According to County News, the National Association of Counties’ newsletter, in Los Angeles County, one of the most congested in the nation, the problems originate on the highways.

Once a highway becomes backed up, drivers push off onto surface streets, which weren’t designed for heavy traffic flows. According to County News, a green light on one block will lead to a red light three or four blocks down – creating choppy traffic patterns, frustrated drivers, wasted fuel and increased greenhouse gas emissions.

So the county began looking for a solution. County News reports the Regional Traffic Signal Forum Program was formed in 1995 to address the problem, but it wasn’t until recent technological developments occurred that the program really began to make headway.

Jane White, L.A. County civil engineer, told County News the key to signal synchronization is a microprocessor called a Universal Time Base Unit installed at each intersection. The unit synchronizes lights based on an atomic clock, and every intersection in a region is run on the same schedule.

One of the most recent communities becoming synchronized is the Coachella Valley region of California. The program, funded through the federal Congestion Mitigation and Air Quality Improvement program, will cost approximately $7.7 million, according to local paper, The Desert Sun.

Citing numbers from the Institute for Transportation Engineers, The Desert Sun reports synchronizing signal timing can lead to fuel savings of up to 9 percent. The institute says each dollar spent improving signal timing saves between 15 and 20 gallons of fuel.

And thanks to synchronization efforts in Los Angeles County, drivers have saved an estimated $468 million annually, according to County News. Travel times in the region have been cut by nearly 29 percent on some routes.