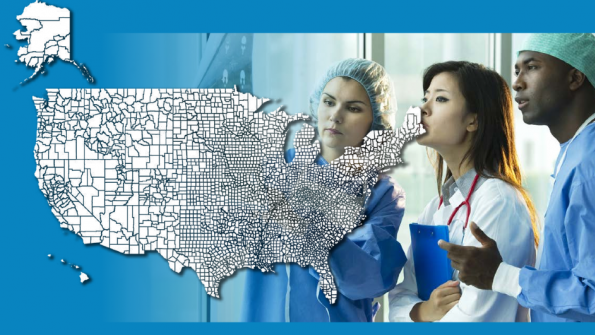 The National Association of Counties ran two surveys five years apart to gain a better understanding of county health coverage as it has evolved through the years.

Not only do municipal governments provide health services to their residents, but they also provide benefits to numerous employees, dependents and retirees. The National Association of Counties (NACo) ran two surveys, one in April 2009 and one in March 2014, to gain a better understanding of county health coverage as it has evolved through the years.

County health benefit eligibility and spending on health insurance has increased over the past five years. In 2014, there were roughly 3.5 million individuals working full and part time jobs for county governments. Of that figure, approximately 2.5 million were enrolled in health plans, as well as 2.4 million dependents. This year, almost every county was offering health coverage to full time employees, and 80 percent were offering coverage to dependents. From 2009 to 2014, the share of counties offering coverage to part-time employees doubled from 8 percent to 16 percent. In 2014, counties spent an estimated $20 to $24 billion on health premiums, and this expenditure has increased over time – about 20 percent since 2009.

Counties are making changes to benefit packages to reduce costs.  About a third of responding counties reported they shopped for new plans around 2013. Cutting costs was the reason most often cited. But counties are also working with employees to keep costs low. From 2009 to 2014, employee contributions to premiums stayed about the same, but the average deductible increased by 49 percent for single coverage and 67 percent for family plans. Over the same time period, the average out-of-pocket maximum increased by 59 percent.

Some counties are struggling with the effects of the Affordable Care Act on the types of benefits they can offer. Some are not. While 35 percent of counties reported no change in their healthcare costs as of March 2014, 34 percent reported increased costs. 7 percent were unaware of any impact from ACA. The remaining 24 percent of counties saw other changes, such as changes in staffing or changes in coverage.

More counties are offering wellness programs. A majority of responding counties, 59 percent, offered one or more wellness programs in 2009. By 2014, that share increased to 80 percent. The most common type of wellness program involved smoking cessation, followed by weight loss programs. The number of county governments offering rewards for employee participation in these programs increased from 26 percent to 35 percent from 2009 to 2014. Most of these rewards are offered through increases to the incentive limits employers can offer employees for participation in a wellness program. The statute allows employers to expand their spending on health coverage to 30 percent of the cost of health coverage, an increase to the previous 20 percent limit.

A contributing factor to growing health care costs is the increasing number of employees. This year, local governments added jobs at the highest rate in five years.

Citing Bureau of Labor Statistics numbers, USA Today reports local governments added 48,000 jobs from February through May. This is up from a total of 30,000 local government jobs added for all of 2013.