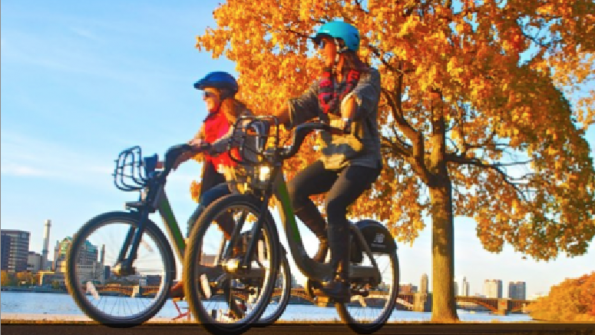 Bike-share programs are increasingly being used for work commutes, causing some cities to rethink the way such programs could be tied into public transportation systems.

Bike-shares are spreading in popularity, as is the notion that cities should be designed with alternative transportation in mind.

A Bike-share is a transportation program where individuals pay a membership fee to gain access to a fleet of bicycles parked in stations peppered throughout a city. Many of these programs are provided through public private partnerships.

Alta Bicycle Share is one company that helps cities like Boston, New York, Washington and Chattanooga, Tenn., run bike-share programs. Most of these cities expected bike-shares to appeal to tourists and casual riders, but increasingly, cities are seeing their bike-share programs used for commutes, according to The Atlantic. In fact, 40 to 55 percent of bike-share trips are work commutes, and in Washington, the program has begun to displace public transit trips, freeing up capacity on the congested rail lines.

Bike-shares, combined with the spread of urban bike infrastructure, have shifted the paradigm on how some urban planners think of bikes, according to The Atlantic. By associating bikes with commuting rather than recreation, it becomes possible to see bike-share stations as extensions of public transportation – expanding the reach of traditional rail and bus lines.

But not everyone agrees. The Internal Revenue Service, as directed by Congress, has not recognized bike-shares as public transportation, so bike riders are not entitled to the same tax benefits as those who take the train or the bus. According to In The Capital, Congress ruled mass transit vehicles must seat at least seven, which excludes bicycles. The last time this rule was reviewed was in May of 2013.

This classification hasn’t slowed down the bike-share boom. According to the Portland Bureau of Transportation, more than 50 cities have invested or plan to invest in a bike-share program.

The Bureau says the lessons learned from these programs are important to the continued success of the movement. It offers these lessons to other municipalities looking to start a bike-share program:

The IRS, and others that view bikes-shares and public transit as separate entities, are missing an important opportunity, according to The Atlantic, citing a study on bike-share programs published by the National Center for Transit Research. The authors of that study conclude:

“It is a mistake for policy makers and researchers to focus their attention on transit as the only important alternative mode to the automobile. Bicycle use and, as this paper suggests, the marriage between bicycle and transit, should be emphasized much more.”