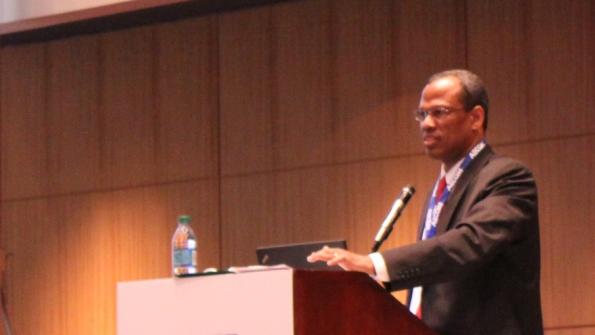 By ensuring residents were part of the planning process, Centennial Place in Atlanta has become the national model for mixed-income development.

Community development is one of the most difficult parts of the city planner’s job, said Perry, explaining that the process involves many different moving parts. But he cautions that ignoring the community – specifically the sociological issues of race, class and gentrification – will prove fatal to any project.

City planners must involve the community in every stage of the planning process, says Perry. He used the Centennial Place development in Atlanta as an example of “pure, unadulterated community development.” Centennial Place, near the Georgia Institute of Technology, used to be known as Techwood Homes.

Built in 1936, it was the first public housing project in the country. Developers sought to renew the area, which was riddled with blight and crime, by reimagining it as a mixed-income community.

Residents, who were wary of change to their neighborhood, stymied developers. To convince residents the change was for the best, a board of community leaders was formed. The board was kept abreast of development, and had the opportunity to provide meaningful input during the planning processes.

Most importantly, according to Perry, the board of residents was asked what they felt would improve their community. Better access to education, increased public safety, economic revitalization and blight removal were all high on the list.

By keeping the community involved in the planning process, Centennial Place became the national model for mixed income development, Perry says. By keeping the needs of the community ahead of the needs of developers, the region now has a library, a quality school and a YMCA. Public housing, affordable and market-value townhomes and apartments are available, crime is down and the neighborhood’s economy is thriving.