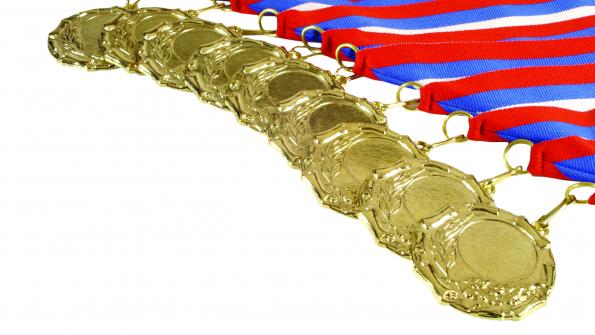 The U.S Environmental Protection Agency (EPA) recognized projects in seven communities as winners of the 2013 National Award for Smart Growth Achievement for their efforts to protect the environment while strengthening local economies.

The 2013 winners are:
Georgia; Overall Excellence
Atlanta Beltline Eastside Trail/Historic Fourth Ward Park, Atlanta BeltLine, Atlanta, Ga.
The Atlanta BeltLine is comprised of four individual “belt lines” that were built as railroad bypass routes around downtown Atlanta in the late 19th and early 20th centuries. The 2.25-mile Eastside Trail is the first section of the Atlanta BeltLine trail system to be redeveloped within the abandoned rail corridor. The trail connects five, formerly divided neighborhoods by providing 30 acres of greenway, a pedestrian and bicycle trail and an arboretum. The Eastside Trail connects to Historic Fourth Ward Park, a cleaned-up brownfield that is now a 17-acre park with a lake to handle storm-water runoff.

Iowa; Plazas, Parks and Public Places
Charles City Riverfront Park, Charles City, Iowa
After years of combating the often-flooded Cedar River, Charles City used land acquired through Federal Emergency Management Agency flood buyouts to create a riverfront park with a whitewater course. Using the river’s natural features to help prevent future flooding, Charles City turned the river from an obstacle into an ecological and social benefit through increased tourism and recreation. Members of the community were involved in the park’s design and construction. Riverfront Park is a model of how to strategically use flooded properties to create a sustainable and economically valuable amenity.

Illinois; Policies, Programs and Plans
GO TO 2040, Chicago Metropolitan Agency for Planning, Metropolitan Chicago, Ill.
GO TO 2040 is a policy-based regional plan and metropolitan Chicago’s first comprehensive plan since 1909. Developed by the Chicago Metropolitan Agency for Planning, GO TO 2040 aims to help the region’s municipalities and counties cope with common challenges and build a sustainable, prosperous future. GO TO 2040 aspires for a region where residents have more housing and transportation options, parks and open space,  jobs closer to home, cleaner air and water and a better quality of life.

California; Built Projects
La Valentina, Sacramento, Calif.
The Alkali Flat/La Valentina light-rail station in downtown Sacramento lay vacant for over 20 years and was known for crime and contamination. In 2007, a public-private partnership between the city of Sacramento and Domus Development brought together community groups to address neighborhood concerns and redesign the area. From their visions came an affordable, infused building complex that incorporates housing, commercial and retail space—La Valentina and La Valentina North—that has cutting-edge energy-efficient features and is located next to a light-rail stop. An increased pedestrian presence further discourages the continuation and rate of crime.

New York; Built Projects – Honorable Mention
Via Verde, New York City Department of Housing Preservation, Bronx, N.Y.
Via Verde, a LEED Gold, mixed-income housing development in the Bronx, sets a new standard for how design and energy efficiency can help improve residents’ health and create a sense of community. The project is a partnership between the New York Department of Housing Preservation and Development and private and nonprofit developers and it sits on a cleaned-up former rail yard in a low-income neighborhood. Via Verde’s location near subway and bus lines, plus innovative design and attention to residents’ needs, offer a model for other developments.

The EPA received 77 award applications from 31 states, Washington, D.C. and Puerto Rico. The winners were chosen based on their effectiveness in creating sustainable communities; fostering equitable development among public, private and nonprofit stakeholders; and serving as national models for environmentally and economically sustainable development.

The EPA hosted a ceremony on Feb. 5 to recognize the winners.