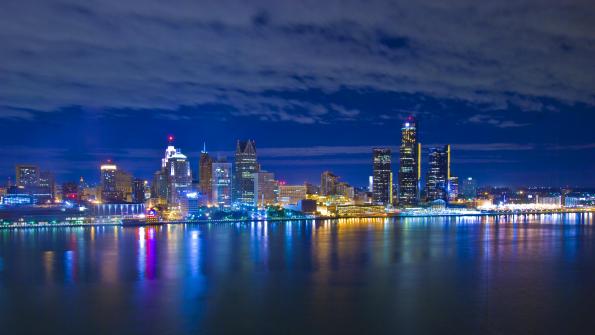 Expensive cities may drive out creatives

Gone may be the days of the Haight-Ashbury hippies and Greenwich Village beatniks. Skyrocketing real estate prices and high costs of living are making it harder for young, creative types to get by in cities like San Francisco and New York, which once catered to artists.

The average price of buying a home in San Francisco is now over $1 million, and it costs around $3,000 per month to rent an apartment, according to Al Jazeera America. Prices have inflated drastically due in part to the city’s tech boom, and have caused tensions between the socioeconomic classes. Al Jazeera America reports San Franciscans are finding themselves priced out of their own neighborhoods.

City lawmakers are struggling to keep people in their homes. In December of last year, three measures were passed to protect tenants from eviction as landlords continued to switch from renting to selling. One measure gives displaced renters priority at publicly funded housing. Others aim to keep rental units on the market.

“We’ve got to challenge the affordability crisis, and that’s what were doing,” City Supervisor David Chiu, who helped draft the legislation, told Al Jazeera America.

New York as well is becoming off limits to all but the most wealthy. The Huffington Post reports that, during a discussion at Cooper Union, musician and New Yorker Patti Smith, gave advice to creatives thinking about heading to the Big Apple. Don’t, she said.

“New York has closed itself off to the young and the struggling,” Smith said. “But there are other cities. Detroit. Poughkeepsie. New York has been taken away from you. So my advice is: Find a new city.”

But incoming New York City Mayor Bill De Blasio has promised to help close the income gap in his city, and Salon suggests housing is the most important element in the equation. The report states New York City rents have increased by more than 10 percent over the past decade, while median income has fallen. Research from the State Comptroller’s Office indicated one in five New York City households is “severely rent-burdened,” with 44 percent of households spending more than 30 percent of their income on rent.

As a part of his campaign, De Blasio pledged to build and preserve 200,000 affordable housing units in the city, a goal Salon calls “ambitious.” In 2012, the New York City Department of Buildings issued permits for only 10,599 residential units, both affordable and traditional.

So, if San Francisco and New York are now too expensive, where are artists moving? Washington Monthly suggests creativity thrives in cities with “low entry barriers,” like low housing costs. Dearborn, Mich., a community on the outskirts of Detroit, is one such example.

Mary Laundroche, a representative for Dearborn Mayor Jack O’Reilly’s office, told American City and County the city is actively working attract creative individuals. The central effort of the Mayor’s office is through the Artspace program.

“Artspace,” Laundroche explains, “is the largest nonprofit art real estate development organization in the Untied States.” The program transforms underused buildings into residential, exhibition or studio space. She says the mayor “is enthusiastic” about the project, and expects to see both cultural and economic benefits by attracting this type of community to Dearborn.

Detroit is also looking to attract creative with the lowest of housing costs – free. A non-profit program called Write a House is renovating homes and giving them away to writers in a twist on traditional “writer’s residency” programs.

For more information on how arts can benefit communities, read American City & County’s coverage of the topic.