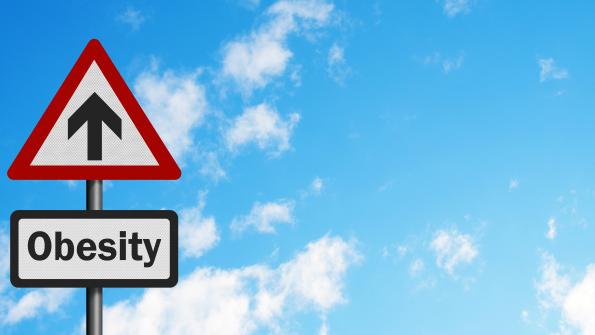 Obesity: what is the government’s responsibility?

Most Americans agree that obesity is a problem, but they are unsure what the government’s role should be in addressing the issue.

While most agree that obesity is an important issue in America, a study from the Pew Research Center shows there is little consensus on what the government’s role should be, if any, in curbing the problem.

Nearly 36 percent of American adults and almost 17 percent of youth are obese, according to the Centers for Disease Control. Obesity increases the risks for numerous health problems, including high blood pressure and type 2 diabetes, leading to poor health and increased healthcare costs. While the problem is clear, Americans appear to be at an impasse as to what should be done, at least from a governmental standpoint, to address the issue.

The Pew study found that 54 percent of Americans say the government shouldn’t play a significant role in reducing obesity, while 42 percent say the government should be a driving force to help Americans slim down. Further complicating matters, Pew found traditional methods for reducing obesity are contentious – some garner broad support while others are staunchly opposed.

The national survey, conducted Oct. 30 to Nov. 6 and featuring 2,003 adult respondents, found that 67 percent of Americans favor requiring chain restaurants to include calorie counts for menu items. 31 percent support limiting the size of sugary soft drinks, but 67 percent say they are actively opposed to that idea. 55 percent agree with banning ads for unhealthy foods on children’s TV programming, while 35 percent support taxing unhealthy items. Additionally, Pew found that women and those who lean left politically are more supportive of government intervention than are the political right and men.

Limits on the sizes of soft drinks have gone into effect in New York City, and as part of the Affordable Care Act, chain restaurants with more than 20 locations will be required to list the calories in menu items, according to the Associated Press. Several states and municipalities already require similar counts, including New York City, Philadelphia, California, Oregon and King County, Wash.

While the jury seems to be out as far as public opinion goes, at least one expert argues that aggressive intervention might be the only effective answer.

Deborah Cohen, author of A Big Fat Crisis: The Hidden Forces Behind the Obesity Epidemic and How We Can End It, argues in a Washington Post editorial that “if Americans did not live in a world filled with buffets, cheap fast food, soft drinks with corn syrup, and too many foods with excess fat, salt and sugar, the incidence of obesity, heart disease, high blood pressure and diabetes probably would plummet. Education can help, but what’s really needed is regulation.”