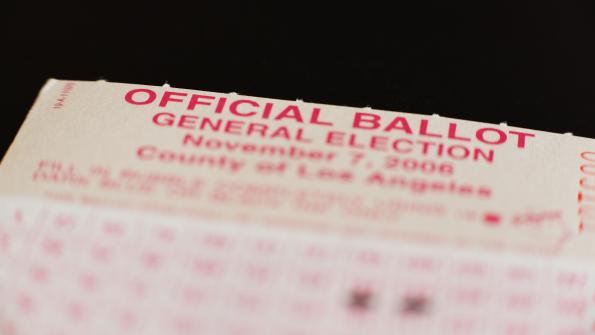 Across the country, voter turnout for mayoral races was lackluster.

While low voter turnout numbers are always a concern in the democratic process, these figures have been particularly lackluster in one important area – mayoral elections.

According to NextCity, a nonprofit media group covering city policy, for the 2012 presidential election, 57.5 percent of registered voters cast ballots. This year, most of the nation’s mayoral elections saw half – or less – than that.

Using municipal turnout data, NextCity compiled the numbers for a dozen of what the organization said were the most important mayoral elections across the country. Voter turnout in those areas was as follows:

These numbers are “depressing” according to The Washington Post’s GovBeat blog, as a city’s leadership has a more direct impact on the lives of residents than White House leadership.

In what The New York Times called the election “Boston’s first competitive mayor’s race in three decades,” Boston’s Martin Walsh (D) won by a narrow margin – 52 percent to 48 percent, according to Boston.com. But that was with only 38.1 percent of registered voters casting a ballot.

San Bernardino, which has been plagued by scandal and bankruptcy, saw single-digit turnouts during a contentious, and somewhat confusing, election. On Nov. 5, voters recalled Wendy McCammack (R) from her city council seat, but the ousted official received the most votes in the mayoral race, according to KABC-TV Los Angeles. The TV station reports 57 percent of voters chose to recall McCammack, but she received 25 percent of the votes for mayor.

A runoff between Mcammack and her closest competitor will be held in February. Whatever the outcome, the next mayor of San Bernardino’s will face quite a challenge. KABC-TV reports the city is grappling with numerous issues, including bankruptcy, high crime rates and skyrocketing pension costs.

And that is exactly the point NextCity makes. The organization says local elections are of utmost importance, as the issues tackled at the municipal level will have the greatest impact on the average citizen’s life. “Cities are ground zero for reform,” according to NextCity, “not Washington.”

To read about reasons turnout may be low, click here and here.