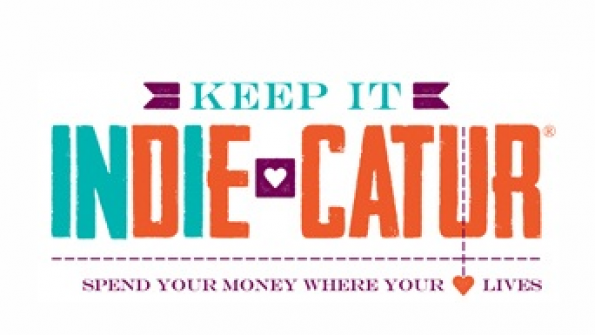 Home for the Holidays

The holiday season is here, and some communities are strengthening their economies by encouraging residents to shop local.

The holiday season is here, and some local governments are using online “buy local” campaigns to encourage residents to lift local economies by shopping businesses that are locally owned and operated.

Research conducted by the Institute for Local Self Reliance (ILSR) shows that independent businesses experienced solid revenue growth during 2012. Profits were bolstered by “buy local” initiatives, as well as growing public interest in supporting locally-owned businesses.

ILSR materials show independent businesses in communities with an active “buy local first” initiative reported an average revenue growth of 8.6 percent, as compared to 3.4 percent for businesses in areas without such initiatives. In cities promoting local purchasing, 75 percent of survey respondents claimed the efforts had a positive impact on their business.

Decatur, Ga., an Atlanta suburb, is one city utilizing its website to encourage residents to shop locally. In its second year, the city’s “Keep it Indie-catur For the Holidays” campaign will promote shopping and dining in the community’s downtown.

The campaign will include “Terrific Thursdays,” which will featuring special in-store events and discounts, as well as a Holiday Shopping Kickoff Deal, where shoppers will get a $20 restaurant gift card for every $200 spent at Decatur shops, according to program materials.

“It’s a project that began as an idea a few years ago and just took off,” Thanopoulos said in a statement. “The website is integral to the success of our local businesses. Every local business can submit a free promotional ad to our website and newsletter each month. Customers who visit the businesses and mention the ads get special deals.”

North Port, Fla., has also been using its website to help expand its economy. When new stores and restaurants open, the city posts the news on its website using an eNotification tool to inform residents and local media.

Erin Bryce, community outreach manager for North Port, says the city plans to upgrade its content management system during the next fiscal year to help bolster the “buy local” effort.

“We realize that our city’s website is not just a tool to communicate with our residents, but also an important tool in our economic development efforts.” Bryce said in a statement.