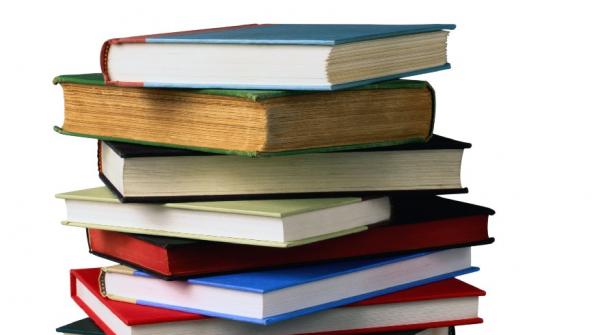 While every community differs, cities and counties nonetheless share common concerns. Each of these books offers insights and suggestions to combating everyday struggles – from depleting property values to the organization of governmental workplaces.

It’s by no means a comprehensive list, but don’t be surprised if you see one or more of these on a coworker’s desk…

Teardown: Memoir of a Vanishing City

Author Gordon Young returns to his hometown of Flint, Mich., to buy a house after living in San Francisco for almost two decades. Flint once had the highest per capita income level and the broadest middle class in America. Now it’s considered the poorest and most dangerous place in the country, having lost 75,000 G.M. jobs and half its population. The story of Flint’s downfall and the heroic efforts of residents to turn things around offer lessons for cities all over the world. In the end, Young discovers you can go home again, but the journey was more agonizing and inspiring than he ever imagined.

Stephen P. Tryon, senior vice president of Overstock.com, presents a tool kit to empower citizen participation in the American political process. The book features an analysis of the relationship between partisanship and gridlock in the United States government. It changes in the way we distribute and process information in society and our individual behaviors as consumers and citizens. Accountability Citizenship is a simple system for taking control of the flood of information to which Americans are exposed.

Written in a question and answer format, Basic Income Guarantee highlights the government program of the same name that works to ensure every citizen’s basic income security. Hypothetically, all adult Americans would receive, without means, test or work requirement, an income sufficient for food, shelter and basic necessities. Think of it as Social Security for all.

Potentially controversial, the book covers an issue that would, if implemented, revolutionize the American way of life.

Across the nation, cities and metropolitan areas – and the networks of pragmatic leaders who govern them – are taking on the big issues that Washington won’t, or can’t, solve.

The Metropolitan Revolution is a national movement of economic reconstruction where efforts are underway to diversify the economy. In the aftermath of the Great Recession, with the federal government mired in partisan gridlock and states struggling, U.S. cities are on their own to grapple with super-sized economic, social and environmental challenges. Fortunately, cities are responding with pragmatism. These leaders are stepping up and doing the hard work to grow jobs and restructure the economy for the long haul.

Over 20 years ago, the Minnesota legislature passed the first chartered school law in the nation. Today, 70 percent of Americans support chartering, with  more than two million students attending 5,600 chartered schools in 41 states and the District of Columbia. Ember Reichgott Junge, the Minnesota state senator who authored the law, shares her personal and challenging journey of pioneering chartering through its origins, its passage in Minnesota, and its explosion onto the national stage. Zero Chance of Passage features never-before-published historical documents and first-person accounts by supporters and opponents.

High levels of public spending and debt present challenges for lawmakers everywhere. Conventional answers are exhausted and raising taxes is out of the question. $ave Your City shows how governments can readily find companies that will volunteer to pay for the use of government assets. The past decade has confirmed that a determined and innovative approach to forming government partnerships with businesses can produce a host of benefits for taxpayers. This book provides templates and information to inspire and implement such programs.

Confronting Suburban Poverty in America offers a series of workable recommendations for public, private and nonprofit leaders seeking to modernize poverty alleviation and community development strategies and connect residents with economic opportunities in cities and suburbs alike. Elizabeth Kneebone and Alan Berube highlight metro areas where local leaders are learning how to do more with less. These leaders are adjusting their approaches to address the metropolitan scale of poverty by integrating services and service delivery, collaborating across sectors and jurisdictions and using data-driven and flexible funding strategies.