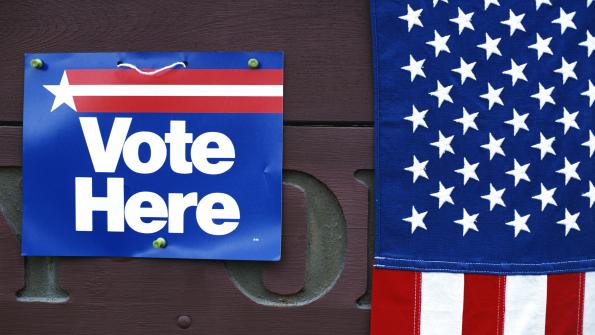 A new poll shows low voter registration numbers for Asians and Hispanics not born in the U.S.

Another election has passed, and with it the nation saw increases to minimum wage, a tight race in Virginia and a new Mayor for New York City. But ethnically speaking, who participates in our country’s elections? Gallup recently published a breakdown of those who are registered to vote by ethnicity, either by birth or background.

But those results — based on Gallup Daily tracking telephone interviews conducted from July 1-Sept. 26 — do not indicate that voter registration is determined by ethnic background. Gallup says a far better indicator of whether or not a person is registered would be where they were born. “Asians and Hispanics,” according to the report, “in large part have lower rates of voter registration overall because many members of these racial and ethnic groups were not born in the United States. When it comes to voter registration, where one is born seems to make more of a difference than one's racial or ethnic background.”

Registration rates among minorities born in the U.S. are high, according to Gallup, at least 75 percent. Rates among non-native-born Hispanics, Asians and Blacks are significantly lower. The breakdown follows:

According to Gallup data, 49 percent of Hispanics and 57 percent of Asians in America report they are foreign born – driving down their registration numbers. On the other hand, only 9 percent of blacks report they were born in another country.

Cultural factors, such as language, may also play a role in registration numbers, according to Gallup, as foreign-born blacks are registered to vote at higher rates than foreign-born Hispanics or Asians.

So what does this information mean? Gallup says that traditionally, minorities tend to vote Democratic. Due to the country’s shrinking white and growing minority populations, Democrats could have an edge. To win big, Gallup says Democratic leaders need to focus on increasing voter registration among Asians and Hispanics.

As for Republicans, Gallup suggests the party needs to alter its appeal among emerging minority groups. High profile Republican candidates from these populations, such as Florida Sen. Marco Rubio and Louisiana Gov. Bobby Jindal can help in this effort.