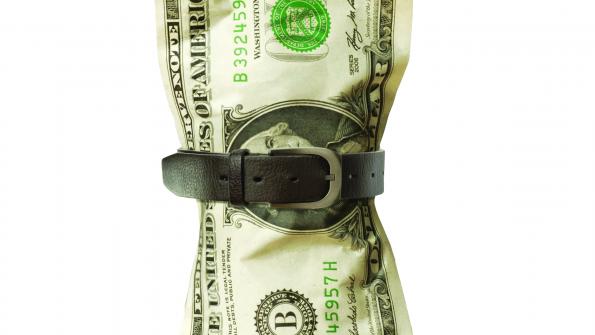 With federal efforts to raise minimum wage going nowhere, some cities and states are looking for local solutions.

Efforts to raise the minimum wage at a federal level are at an impasse, so some communities across the country are looking to tackle the issue locally.

Currently, the federal minimum wage is $7.25. The New York Times reports president Obama, earlier this year, called on Congress to increase the hourly pay to $9. Efforts to pass that measure have stalled, but some states are taking it upon themselves to make increases.

In the most recent case, New Jersey voters decided to raise the state's minimum from $7.25 to $8.25 on Nov. 5. The Associated Press reports the new hourly minimum will go into effect Jan. 1, and cost of living adjustments will occur every September. The measure had the support of 61 percent of voters. 3 percent of New Jersey’s workforce, or 50,000 workers, are paid minimum wage.

A total of 19 states (as well as D.C.) have mandated a wage higher than the federal minimum. The Huffington Post reports that at least 8 more are considering increases.

Idaho activists are also collecting signatures to propose legislation. RaiseIdaho.org reports the state has the highest percentage of minimum wage workers in the nation, at 7.7 percent. The legislation would gradually raise the state’s minimum from $7.25 to $9.80 by 2017. Tipped wages would also rise from $3.35 to $5.90. Also included in the legislation would be language to link the minimum wage to the cost of living index, ensuring inflation will not make the increases obsolete.

The Illinois House of Representatives recently introduced a measure to raise the minimum wage from $8.25 to $10.65 by 2016, according to Public News Service. There are approximately 400,000 minimum wage workers in the state.

Maryland voted down measures to raise the minimum from $7.25 to $10 in March, according to The Huffington Post, but The Washington Post reports that Gov. Martin O’Malley (D), as well as a growing number of democratic leaders, has said he is dedicated to renewing the effort.

Massachusetts lawmakers are considering legislation that would raise the minimum wage from $8 to $11 an hour by 2015, and then adjust for inflation. Tipped employees would earn $6.30, up from $2.63. The increases would affect more than 580,000 low-income earners, The Boston Globe reports.

Minnesota is also considering an  increase their wage from $6.15 (one of 4 states below the federally mandated wage floor) to $9.50. The Grand Forks Herald reports the increase would give 357,000 residents a raise, and add an additional $470 million to the economy.

SeaTac, Wash., a suburb of Seattle and home to the state’s international airport, is considering raising the mimimum wage from the state’s mandated $9.19 to $15. Reuters reports that if the ballot measure passes, SeaTac would have the country’s second highest minimum wage, behind the $15.38 rate mandated for Sonoma, Calif. city workers and contractors.

And, in South Dakota, activists working with the state Democratic Party gathered more than 25,000 signatures to place a measure on next year’s ballot to raise the minimum wage from $7.25 to $8.50 an hour, according to The Washington Post. South Dakota would be the 12th state to include cost-of-living adjustments to this wage.