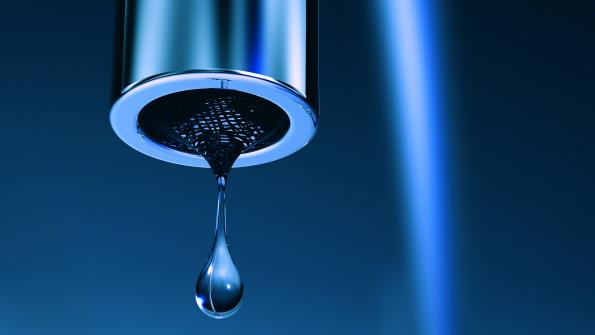 The bipartisan legislation outlines plans for water resource management and protection across the country.

In contrast to the political impasse that caused the government shutdown earlier this month, House Republicans and Democrats worked together last week to pass the $8.2 billion Water Resources Reform and Development bill, which outlines plans for dams, harbors and river navigation projects over the next 10 years.

The bill OKs numerous projects, setting aside more than $800 million for flood protection in Fargo, N.D., and Moorhead, Minn.; a $461 million expansion of the Savannah, Ga., port; and up to $43 million for the San Clemente, Calif., shoreline project, according to the Associated Press. The bill also increases federal spending on the Olmstead Lock and Dam effort in Kentucky/Illinois.

Another aspect of the bill is an accelerated environmental review process, and the shuttering of $12 billion worth of inactive projects across the country, according to the AP.

The bill is the most reform-oriented water resources legislation in two decades, according to agricultural news source Agri-Pulse.

Rep. Bill Shuster (R-Pa.) said, “The bill contains no earmarks and makes reforms needed to increase transparency, accountability and congressional oversight of federal water resources development,” according to Agri-Pulse. Shuster is the chairman of the House Transportation and Infrastructure Committee, which drafted the bill.

Several business and political groups, including the U.S. Chamber of Commerce and the National Association of Manufacturers, backed the bill, the AP reports. The National League of Cities (NLC) also praised the bill’s passage.

“This bill will create jobs in our cities, improve the economy by restoring our harbors and ports that are essential to the movement of goods, and protect our environment through important ecosystem restoration projects,” Clarence Anthony, executive director of NLC, said in a statement. “The bill recognizes local government leaders as key partners in efforts to restore the health of our waterways and build the critical infrastructure that supports and protects our communities.”

Some Democratic leaders and environmental groups objected to the acceleration of environmental review processes, saying it would weaken environmental protections. But most felt it was necessary to back the bill first, and attempt to make tweaks during the reconciliation process between the bill’s House and Senate versions, according to the AP.

“This bill is about strengthening our infrastructure so we can remain competitive. It’s about economic growth, it’s about trade, it’s about jobs,” said Shuster, according to the AP.