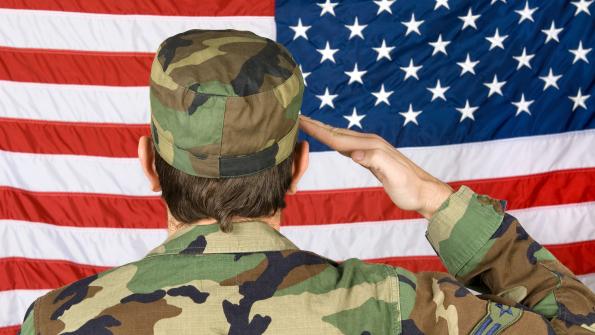 Under a new law, New Mexico soldiers can turn their utilities off and on while serving abroad.

Deployed soldiers from New Mexico can rest a little easier, knowing that, when it comes to utilities at least, things on the homefront are being taken care of.

Holloman Air Force Base Tech Sgt. Fabian Silva was honored last week at the Sgt. Willie Estrada Memorial Civic Center for his efforts in creating a new law to help servicemen and women prepare for their deployment.

Like many others tapped for foreign service, Silva scrambled to make plans before leaving for Afghanistan. According to local newspaper The Alamogordo News, Silva planned to have his parents look after his home while he was away, but when he went to Alamogordo City Hall to have his non-essential utilities shut off, he hit a snag.

“When I went down to city hall, they let me know that it was kind of a bundle. You couldn’t really turn one off without turning them all off,” he told the paper. “I thought that was not fair to the service members who were going to fight and be paying for something that the city was really going to be providing a service for, but we still had to pay into it.”

Frustrated, Silva decided to speak with his state representative, Jeff Steinborn (D-Las Cruces). The Alamogordo New reports Steinborn and Silva worked together, even while Silva was deployed, to draft a State Statute to assist servicemen and women prepare for deployment.

Steinborn told local newspaper, The Ruidoso News, that many soldiers across New Mexico were in Silva’s situation, as deployments may be short notice, leaving little time to plan.

Gov. Susana Martinez (R), who singed the bill into law in March, told The Ruidoso News “These men and women have just sacrificed to serve our country. They shouldn’t have to deal with any financial burdens of re-establishing basic necessity services once they come home.”

Under the new law, which went into effect in July, any military member that will go on Temporary Duty Assignment, or deploy for a month or more can request to have the services they need turned off and on at no extra cost, according to The Alamogordo News.

“Now [service members] will be able to turn off their utilities without being penalized,” Silva told the paper, adding that servicemen and women are also exempt from reconnection fees under the new law.

“I feel extremely satisfied,” Silva told the paper. “I think we have upwards of 10,000 military personnel in the state, including the Guard and Reserves, that can be impacted by this new law.”