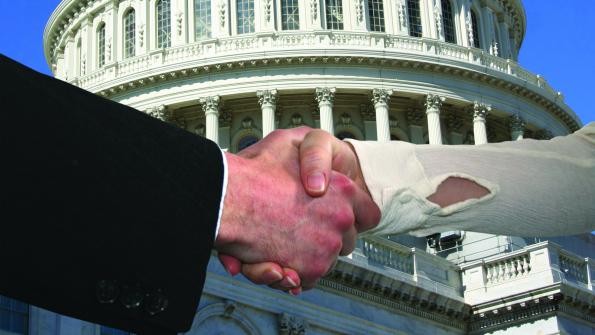 Privatization: not always the answer

Communities look to privatization when the coffers are low, but some are finding out that sometimes, third party intervention isn’t the best option.

Privatization of municipal services is on the rise, but, like a predatory loan, the promise of quick cash can hide underlying financial drains. Chicago and the Michigan Department of Corrections are pulling the plug on private-public partnerships that look good in the short term, but could potentially be harmful in the long run.

Michigan rejected a proposal early this month to privatize the state’s prison system, finding that all bids would substantially increase current costs, according to Michigan Live.

Under a new law, the state allowed companies to bid on contracts for correctional services to see if money could be saved by consolidating three housing units and transferring approximately 1,000 prisoners to a privately run facility, MLive reported.

Two companies bid: GEO group of Florida and the Management and Training  Corp. of Utah.  However, Kurt Weiss, spokesman for Michigan’s Department of Technology, Management and Budget told the news source, “…both bids cost substantially more than the current direct costs for MDOC [Michigan Department of Corrections] to provide the services.”

Calculated out, the cost of housing general population prisoners in the state is $12,905,081 for the first year, according to MLive. The lowest proposal for utilizing a private facility was $18,625,662.

"Our internal auditor reviewed the numbers and confirmed them,” Weiss told MLive. “Because the required cost savings were not achieved, the state will not be pursuing either of the bids."

"It is an indication that the Department of Corrections has worked to make numerous cost-cutting changes during the past year and a half to bring down the costs of incarceration," Republican State Rep. Joe Haveman, a leading voice in prison reform, said in a statement. "They have trimmed their budget as we asked. The goal here was never to privatize, the goal was to save money."

Similarly, a privatization project in Chicago recently fell through. In early September, Mayor Rahm Emanuel killed a possible deal to privatize Chicago’s Midway Airport, according to the Washington Post.

In a Chicago Tribune editorial explaining why he halted the deal, Emanuel cited previous mayor Richard Daley’s move to privatize Chicago’s parking meters back in 2008, when the city was desperate to increase revenue.

When the corporation the city contracted with increased parking prices, some meters were not able to handle the number of quarters required for the fees, according to the Washington Post. Parkers began boycotting and vandalizing the meters. Chicago’s inspector general estimated the deal ended up costing the city $974 million.

Wanting to avoid a similar setback, Emanuel altered the language of the airport privatization deal, capping the lease at 40 years instead of 75, included a revenue sharing clause, added a “Travelers’ Bill of Rights” and capped parking and food prices. The language scared off 15 potential bidders, leaving one. With a lack of competitive bidding, Emanuel put an indefinite hold on the project.

“My most important goal was to protect the interests of the city and its taxpayers in a way that had not been done on previous public-private partnerships.” Emanuel wrote in the Chicago Tribune, "That required establishing some core principles — and a process for making sure they were met.”