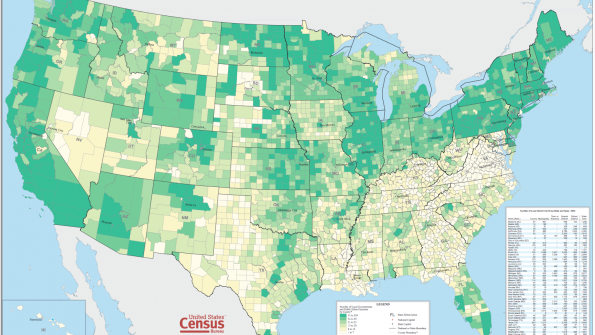 How many governments are there?

Figures from the U.S. Census show that while government has been growing relatively steadily since the early '70s, the number of local governing bodies has decreased in the past decade.

Governing bodies run the gamut from the super large to extra tiny, but according to a report in The Washington Post, when averaged, there is one government unit for every 3,566 people in America.

Overall, the number of governments is down from where it was in the past decades, according to The Washington Post report. In 1942, there were 155,116 governments. That number fell to an all-time low of 78,000 in 1972. The number has been growing steadily since, but recent census numbers show a decline. Here is the breakdown:

State-wise, Illinois had the most governments last year, with 6,969. Pennsylvania was next with 4,906 followed by Texas with 4,785, according to The Washington Post report. The states with the fewest governing bodies were Hawaii with 22, Rhode Island with 135 and Alaska with 178, according to census data.