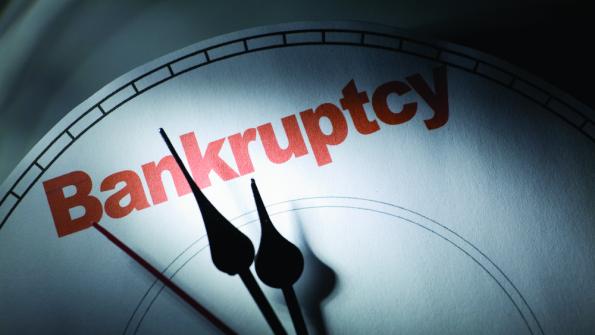 Detroit has filed for Chapter 9 bankruptcy— the largest city in our nation’s history to do so.

The threat loomed and, today, the axe fell.

Detroit has filed for Chapter 9 bankruptcy— the largest city in our nation’s history to do so.

The Associated Press reports that Detroit Emergency Manager Kevyn Orr released a report that the city owed as much as $20 billion in debts and liabilities, a statistic debated by Krystal Crittendon, an attorney for the city.

“We do not have a $15 [billion] or a $20 billion debt problem. We have less than a $2 billion short-term debt problem that we could manage if we just went out and collected revenues that are owed to the city; stop giving, you know, tax abatement to people who can actually afford to pay taxes,” Crittendon told local CBS Detroit.

Last month, Orr estimated Detroit’s budget deficit at $380 million, and the city’s long-term debt at $20 billion, according to CBS Detroit. At that time, Orr gave the city a 50/50 chance of avoiding bankruptcy, and said viability would be determined by compromise – namely, creditors agreeing to accept pennies on the dollar of what was owed. Orr’s plan to avoid filing was derailed, the Business Insider reports, when two municipal pension funds sued.

The Detroit Free Press said the filing will set off a 30- to 90-day period "that will determine whether the city is eligible for Chapter 9 protection and define how many claimants might compete for the limited settlement resources that Detroit has to offer."