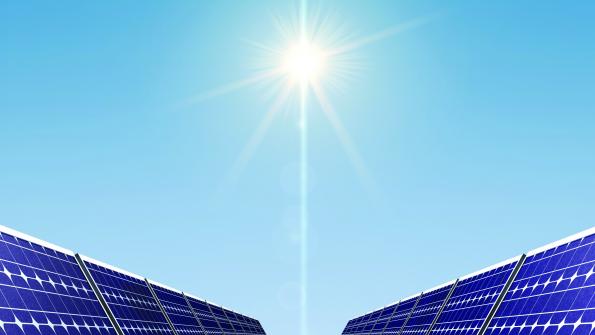 Las Vegas recently flipped the switch on renewable energy, powering up 15,000 solar panels that will provide power to a wastewater treatment plant. Part of the city’s comprehensive sustainability plan, the solar array is expected to cut energy costs while utilizing natural resources responsibly.

Tom Perrigo, Las Vegas’ chief sustainability officer, told the Las Vegas Sun that solar panels, along with other energy efficiency programs such as switching to LED light bulbs in government facilities, have helped cut Las Vegas’ annual energy bill by $5 million over the past three years.

“Our energy spending breaks down to about a third for wastewater treatment, a third for street lights and a third for city buildings,” Perrigo told the Sun. “By providing solar here at this facility, we’re able to make a big impact on the city’s overall energy consumption.”

According to the Las Vegas Sun, the $20 million project will generate 6 million kilowatt hours of electricity every year – enough to provide 20 percent of the treatment plant’s power. The wastewater plant processes all of the city’s non-potable water on its way to Lake Mead.

The project was funded using money from the city’s sanitary enterprise fund and is expected to pay for itself in about 25 years, according to the Sun.