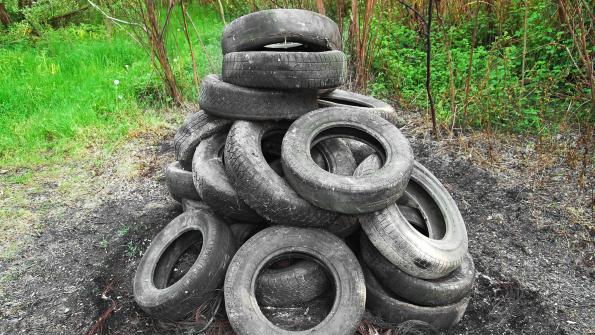 The Solid Waste Trust Fund, a fund established to fund municipal recycling efforts with monies garnered from Georgia’s $1 tire purchase fee, has collected $69.8 billion since 2004, according to the Association County Commissioners of Georgia (ACCG). But rather than paying for landfill emergencies, abandoned landfills, illegal scrap tire piles, and recycling programs, 66 percent of the funds have been redirected to fill holes in the Georgia general budget.

The result, according to Todd Edwards, associate legislative director at the ACCG, has been detrimental to cities. Presently, when counties seek reimbursement for projects that should be covered by the trust, their applications are being denied.

But municipalities may have struck a blow with House Bill 267. The bill, which was originally drafted to renew both the tire fee and a 75 cents-per-ton solid waste fee for the next five years, now includes new language that may work in cities’ favors.

Under the new bill, the fees will stay in place, under the condition that the revenue be directed to the originally intended purpose. If the state fails to properly allocate the fees, the fees will be proportionality phased out.

But not everyone supports the potential fee phase out.

In 2011, Chairman Ben Harbin, R-Evans, expressed his concern to the Atlanta Journal Constitution over restricting the use of these funds. Given the state's financial crisis, he said lawmakers must look wherever they can for money. He argued that if the fees were used for their indented purpose, it would mean billions in cuts.

“We have to cut some more money somewhere else, and that’s going to be education, heath care or transportation," he said.

Not everyone agrees that Georgia’s financial crisis justifies dipping into the specifically allocated funds.

“This is about trust and transparency,” Edwards said.

After passing both the house and senate in a last-minute vote, the bill now sits on the desk of Georgia Gov. Nathan Deal, awaiting approval.